PALMDALE – It’s been more than a year since Israel Castaneda was shot and killed outside a liquor store in Palmdale.

Hoping to renew interest in the case and help identify a suspect, detectives have again released an image of the man seen running from the area where the shooting occurred.

The person of interest is described as a black male, who was wearing a white t-shirt, blue jeans and a dark colored hooded jacket at the time of the shooting.

Castaneda was shot around 10:55 p.m. on March 31, 2018, in front of Michael’s Liquor at 37935 47th Street East, according to the Los Angeles County Sheriff’s Department. Castaneda suffered a gunshot wound to his upper body and was pronounced dead at the scene.

Anyone with information that could help identify or locate the person of interest is encouraged to contact the Sheriff’s Homicide Bureau at 323-890-5500. To remain anonymous, call Crime Stoppers at 800-222-TIPS (8477). 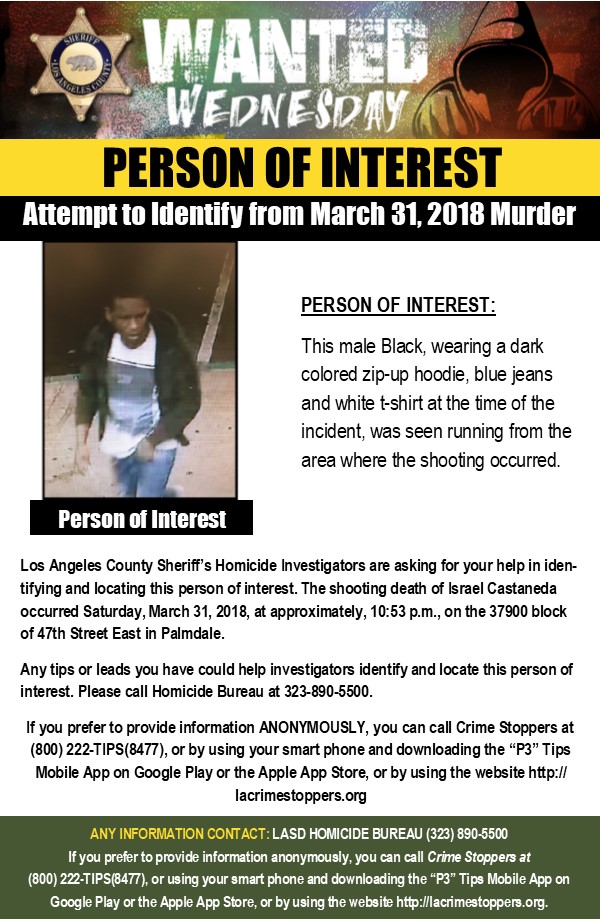