PALMDALE – Homicide detectives on Wednesday released an image of a person of interest wanted for questioning in the shooting death of a 35-year-old man in Palmdale.

Israel Castaneda of Palmdale was shot and killed about 10:55 p.m. on March 31, 2018, in front of Michael’s Liquor at 37935 47th Street East, according to a news release by the Sheriff’s Information Bureau.

Castaneda suffered a gunshot wound to his upper body and died at the scene, the sheriff’s department reported.

Anyone with information about the shooting or the person of interest is encouraged to call Detective Teri Bernstein or Detective Kasey Woodruff at the Sheriff’s Homicide Bureau at 323-890-5500.

Anonymous tips can be submitted through Crime Stoppers by calling (800) 222-TIPS or lacrimestoppers.org. 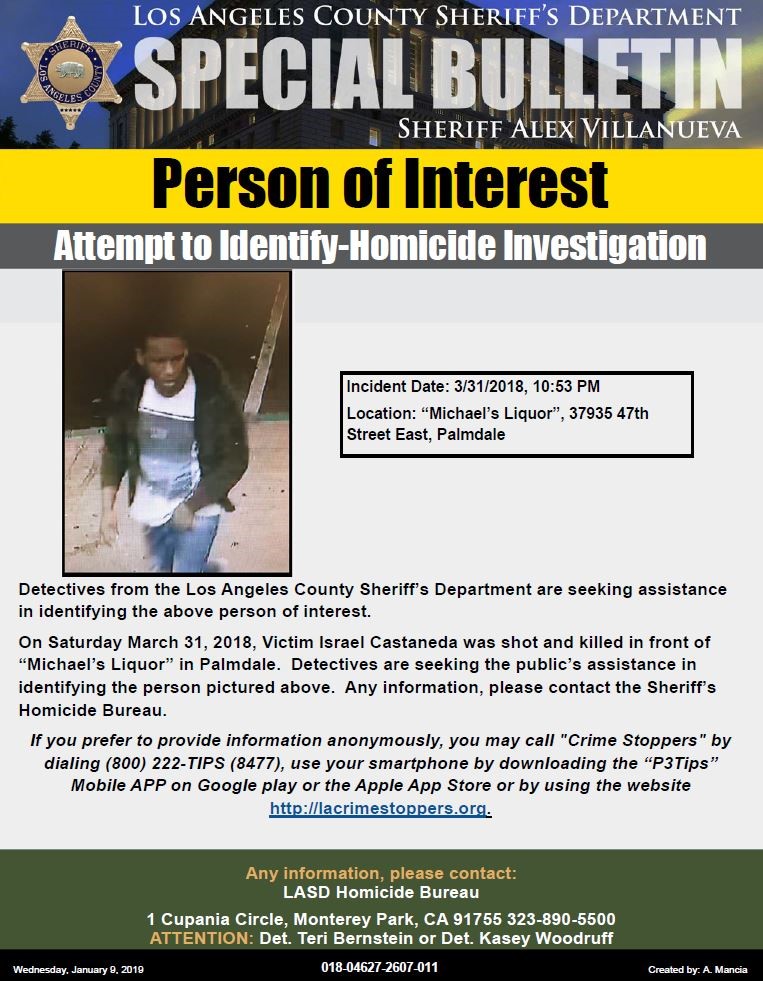 27 comments for "Person of interest sought in Palmdale shooting death"