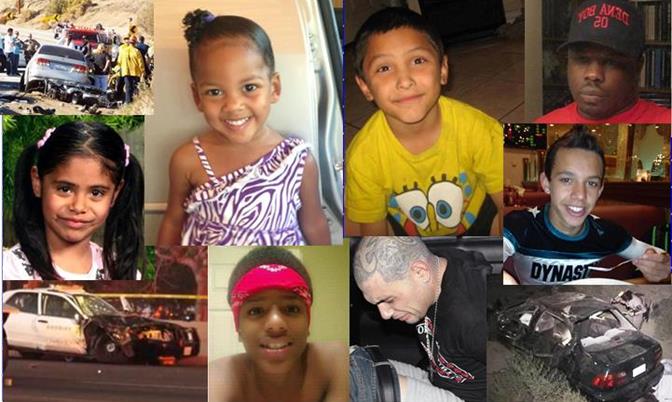 This means we have more than doubled our readership and page views since our first full year online in 2012.

We owe our continued growth in readership to loyal readers, like you, who visit our site each day, comment on our articles and share them with your friends and family.

Once again, thank you!

With 2014 just hours away, we’re taking a look back at the Top 10 Most Viewed Stories of 2013, which contributed to our growing readership. 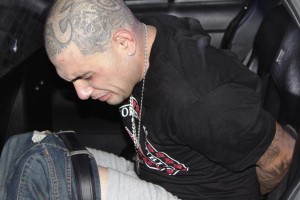 On Nov. 26, 2013, a local parolee-at-large was taken into custody after an erratic sequence of events that included a car chase, foot chase, carjacking and hostage situation. Reputed gang member Rodney Redondo had been on the run since absconding parole in September. When patrol deputies spotted Redondo in Lancaster, he was wearing a bullet proof vest, armed with a handgun and driving a stolen vehicle stocked with masks, ammunition, gloves, and other “burglary tools.”

Redondo led the deputies on a car chase and foot chase before stopping a passing vehicle at gunpoint and demanding to be driven away. No victims were injured, and Redondo was tasered and taken into custody. The story captured the attention of thousands of readers and became our 10th most viewed story of 2013. Read it here. 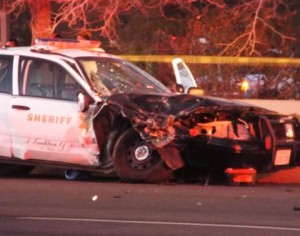 On Dec. 14, 2013, 31-year-old Palmdale resident Robert Delgadillo and his fiancée, 20-year-old Sara Paynter, were killed when the Ford Explorer they were riding in collided with a sheriff’s patrol car near the intersection of 17th Street East and Avenue R in Palmdale.

There is conflicting information about the speeds of both vehicles and whether or not the Ford Explorer stopped for a posted stop sign. The incident remains under investigation, and the results could take weeks or even months, authorities said. This did not stop readers from speculating about the cause and the fault of this deadly collision, making it our 9th most viewed story of 2013. Read it here. 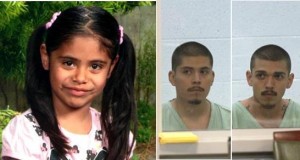 On Sept. 4, 2013, Desirae Macias was shot in the head during a car-to-car shooting in Palmdale. The 7-year-old had been riding in the back seat of her family’s vehicle, as it was being chased through Palmdale neighborhoods by shooting gang members. Desirae was pronounced brain dead and passed away just a few days later. Palmdale residents Jesus Peralta and his brother Carlos Peralta were charged with murder in connection with the shooting.

The senseless violence outraged the community, and made the story our 8th most viewed story of 2013. Read it here. 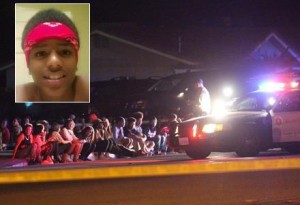 On March 30, 2013, a local house party posted to social media outlets ended in the death of 17-year-old Kevin Tatum.

The shooting happened after a confrontation erupted in the backyard of the home in the 700 Block of East Avenue K in Lancaster.

When deputies responded around 1 a.m., hundreds of young party goers scattered from the scene. Deputies detained many people for questioning, but were unable to catch the killer. The murder remains unsolved, and anyone with information on this incident is urged to contact the Sheriff’s Department’s Homicide Bureau at 323-890-5500. The story was our 7th most viewed story of 2013. Read it here. 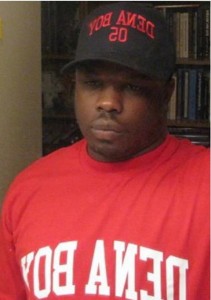 On Nov. 28, 2013, as many residents were enjoying the Thanksgiving holiday, Lancaster prison officials were conducting an operation to catch one of their own.

Andre Scott, a 42-year-old prison guard for more than a decade, was arrested that day for smuggling drugs into the prison for the benefit of a criminal street gang. Scott was charged with multiple felony counts on Nov. 29, but the story still managed to slip under the radar.

On Dec. 17, an AV Times reporter was in an Antelope Valley courtroom tracking an unrelated case, when the preliminary hearing was called for Andre Scott. We switched gears and covered Scott’s hearing instead. The former prison guard was ordered to stand trial, and the story became our 6th most viewed story of 2013. Read it here. 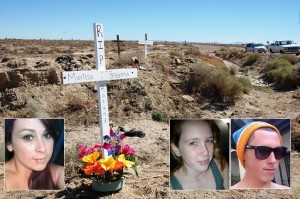 On Sept. 21, 2013, four people died when a Honda Civic ran a stop sign and broadsided a Toyota pickup truck in the intersection of 10th Street East and Avenue G.

Both vehicles careened into a ditch, killing three of the five people in the Honda – identified as 22-year-old driver Marissa Fritz, 17-year-old Breanna Heyrend and 17-year-old Roland Mohan. A passenger in the pickup truck, 49-year-old Arturo De La Torre, was also killed in the collision.

There was an outpouring of sympathy for all involved in the deadly collision, and the initial story became our 5th most viewed story of 2013. Read it here.

On the afternoon of Oct. 19, 2013, 19-year-old Jose Gutierrez was speeding on Elizabeth Lake Road when he swerved his Infiniti G20 into oncoming traffic on the winding 2-lane road.

The teen crashed head on into a group of out-of-town motorcyclists, killing 58-year-old Peter Volden and critically injuring 41-year-old Danny Rincon, 55-year-old Patricia McBee and 60-year-old Richard McBee. Grieving loved ones felt the collision could have been avoided, while family members of the driver felt the incident was an accident. As tensions boiled over, we eventually shut off commenting on the article. The story became our 4th most viewed story of 2013. Read it here. 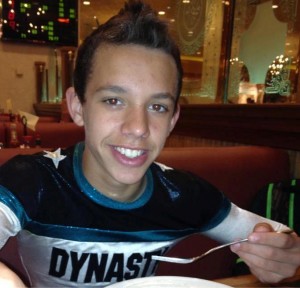 On April 15, 2013, Hillview Middle School was placed on lockdown as authorities searched for a 13-year-old student who was believed to be suicidal and armed with his father’s handgun.

Nigel Hardy was being bullied, and had gotten into a fight with another student, which led to his suspension from school.

His stepfather found a suicide note and discovered his handgun missing. Authorities desperately searched for Nigel all day, and later that evening, the worst was confirmed.

Nigel committed suicide in Kern County at approximately 8 p.m., Monday, April 15, 2013.  The tragic story attracted media attention from around the world, and brought bullying and its effects to the forefront. Our  initial story on the incident was our 3rd most viewed story of 2013. Read the story here. 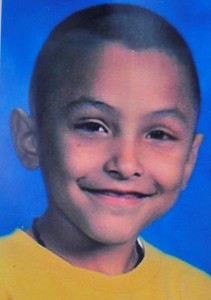 On May 22, 2013, 8-year-old Gabriel Fernandez was rushed to the hospital with a fractured skull, cracked ribs, and burns and bruises throughout his body. Two days later, the boy passed away.

Gabriel’s mother, Pearl Fernandez, admitted to being present while her boyfriend, Isauro Aguirre, repeatedly abused Gabriel and caused his injuries in their Palmdale apartment. Mother and boyfriend were each charged with one count of capital murder in connection with the deadly beating.

Gabriel’s plight drew national attention, sparked several local protests and triggered a county investigation that ended with the firing of two social workers and two supervising social workers. Our initial story on the incident attracted more than 95,000 page views and became our second most viewed story of 2013. Read it here.

Making a difference at Gabriel’s House 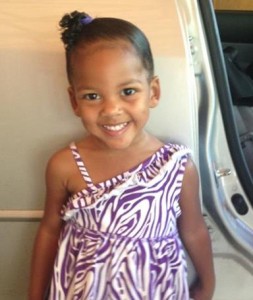 When an autopsy report confirmed Zanai’s cause of death, her mom’s boyfriend, Matthew Worthen, was arrested and charged with murder. The charge shocked several in the community, who were still reeling from the abuse-related death of 8-year-old Gabriel Fernandez.

The child’s biological father shared his anguish with The AV Times, and the story garnered nearly 100,000 page views, making it our most viewed story for 2013. Read it here.

Honorable mention: Most viewed category of 2013

For the second year in a row, our “Arrest Logs” was our “Most Viewed Category”. This happened, even though the Arrest Logs were not updated for the entire month of December 2013. Many of you have contacted us to find out why, and we have responded to as many emails as possibly.

Here is the long explanation on what happened: We were originally obtaining the “Arrest Logs” directly from the Lancaster and Palmdale Sheriff’s Stations. Earlier this year, officials from the Lancaster Sheriff’s Station cited budget cuts as the reason why they could no longer afford to print a redacted version of the Arrest Reports to make available to the media. We then began obtaining the Arrest Reports from a third party agency. While extremely reliable, the third party agency’s arrest information only reveals which Lancaster and Palmdale residents are arrested (as opposed to all suspects arrested from a particular sheriff’s substation).  The new information also does not include the location of each arrest. We made up for this by adding Crime Maps. We figured most readers would rather know where crimes were taking place, than where suspects were being arrested.

Around Thanksgiving of this year, there was another setback. The third party agency upgraded their systems, and apparently something went wrong. They have since been unable to furnish Arrest Reports involving Lancaster residents, and they say they’re “looking into the issue.” As we wait for this issue to be resolved, we will begin publishing Arrest Reports, for Palmdale residents only, after the first of the New Year. We will follow with Lancaster residents when, and if, the situation is resolved.