The Los Angeles County Board of Supervisors Tuesday extended a $20,000 reward for information about a woman who was reported missing near Palmdale two years ago and is believed to be the victim of foul play.

Supervisor Kathryn Barger recommended extending the reward for information on the disappearance of then-27-year-old Gloria Huerta, also known as Jessica.

“Jessica has been missing for more than two years. My heart is breaking for this young woman’s family, who are desperately pleading for the public’s help so she can be found and brought home,” Barger said in a statement. “I’m hopeful that extending this reward will encourage the public’s cooperation so we can both find Jessica and hold those responsible for her disappearance accountable.”

On Aug. 3, 2020, Huerta was reported to sheriff’s deputies as missing. She was last seen in the 14700 block of East Avenue Q-14, where she was staying in her 15- to 20-foot white trailer. Sheriff’s investigators said previously they believe an altercation occurred there. The trailer, which is unmarked and has a rear door, is also missing. The sheriff’s department described Huerta as a small Hispanic woman, 4 feet, 11 inches tall and weighing 100 pounds, with brown eyes and hair. She is known to frequent Palmdale and Littlerock.

Supervisors double reward to $20,000 in case of missing Palmdale woman 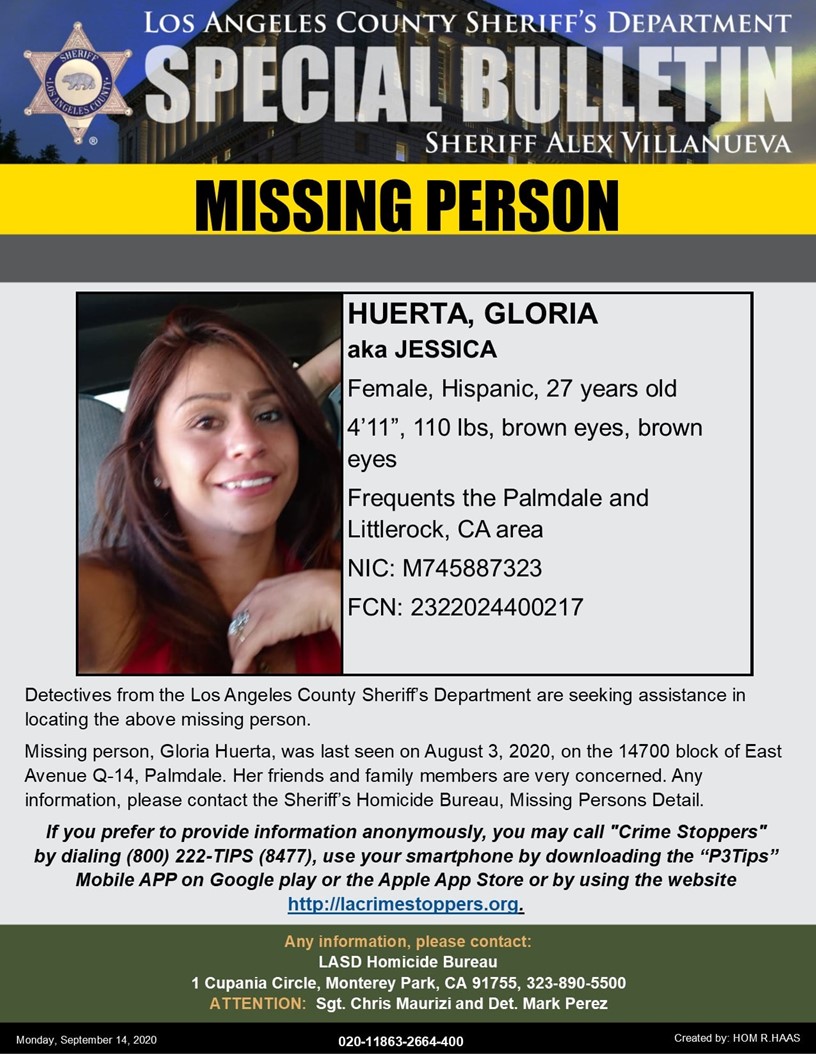