The Los Angeles County Board of Supervisors Tuesday doubled the reward money — to a total of $20,000 — for information about a woman reported missing in Palmdale last summer and believed to be the victim of foul play.

“Ms. Huerta’s family and friends are extremely concerned for her safety and are pleading with the public for any information that will lead to her safe return home,” Barger said in her motion.

On Aug. 3, 2020, Huerta was reported to sheriff’s deputies as missing. She was last seen in the 14700 block of East Avenue Q-14 in Palmdale, where she was staying in her 15- to 20-foot white trailer. Sheriff’s investigators believe an altercation occurred there. The trailer, which is unmarked and has a rear door, is also missing.

The sheriff’s department described Huerta as a small Hispanic woman, 4 feet, 11 inches tall and weighing 100 pounds, with brown eyes and hair. She is known to frequent Palmdale and Littlerock.

A full list of rewards approved by the Los Angeles County Board of Supervisors can be found at bos.lacounty.gov/Board-Meeting/Rewards. 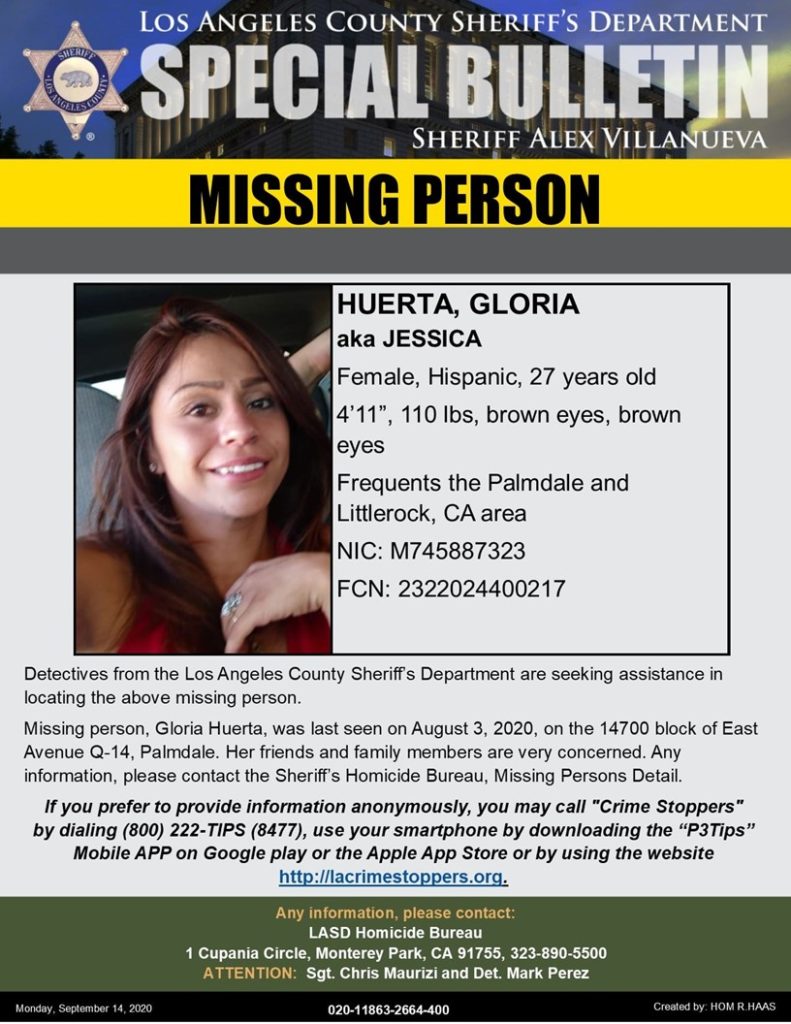 3 comments for "Supervisors double reward to $20,000 in case of missing Palmdale woman"