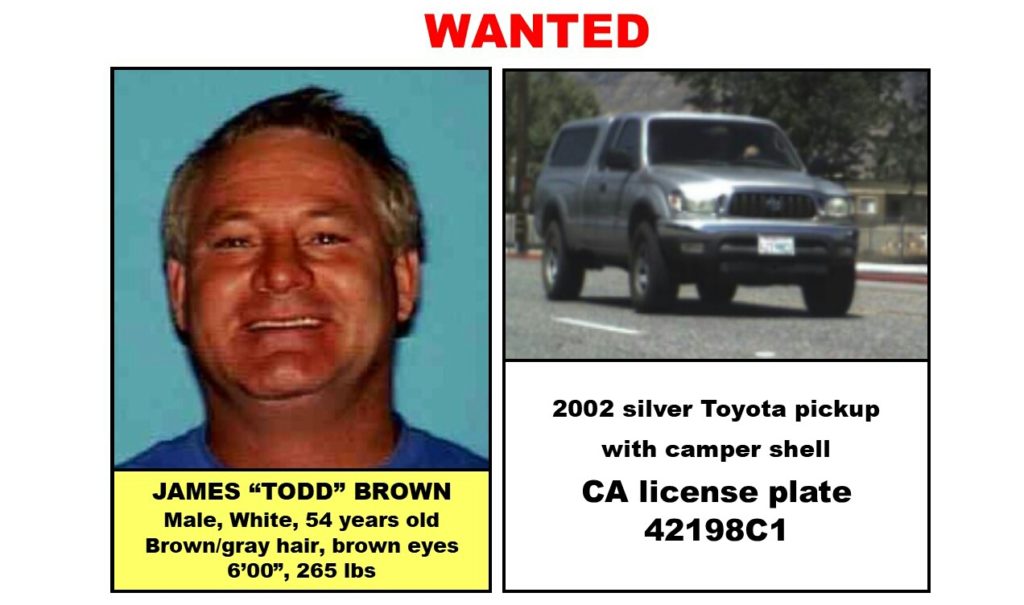 PALMDALE –  An arrest warrant was issued for a 54-year-old man suspected of brutally killing three family members and their dogs inside the victims’ Palmdale home.

James “Todd” Brown “lived on the victims’ property in a trailer for approximately two years while doing odd jobs for the victims, as well as in town,” according to the Los Angeles County Sheriff’s Department.

“It appears that the suspect and victims got into a dispute that escalated to murder,” according to a sheriff’s department news release.

A family member asked for a welfare check of the home and upon entering the residence, deputies found the body of a man, then two more victims in another room.

Brown, who had initially been called a person of interest in the case, is white, 6 feet tall, weighs 265 pounds and has brownish gray hair and brown eyes. He might be driving a silver 2002 Toyota pickup truck with a camper shell and the California license plate 42198C1.

Brown has family members and friends who live in the Inland Empire and Antelope Valley, according to the sheriff’s department.

The change of Brown’s status from person of interest to wanted suspect came as a vigil was held Wednesday for Richard Gardner III, a deliveryman who was well-regarded in the community.

Brown is considered dangerous and should not be approached. Anyone who spots him should call 911. Anyone with any information that could help investigators can also call the Sheriff’s Homicide Bureau at (323) 890-5500.

Anonymous tips can be submitted through Crime Stoppers by calling (800) 222-TIPS. 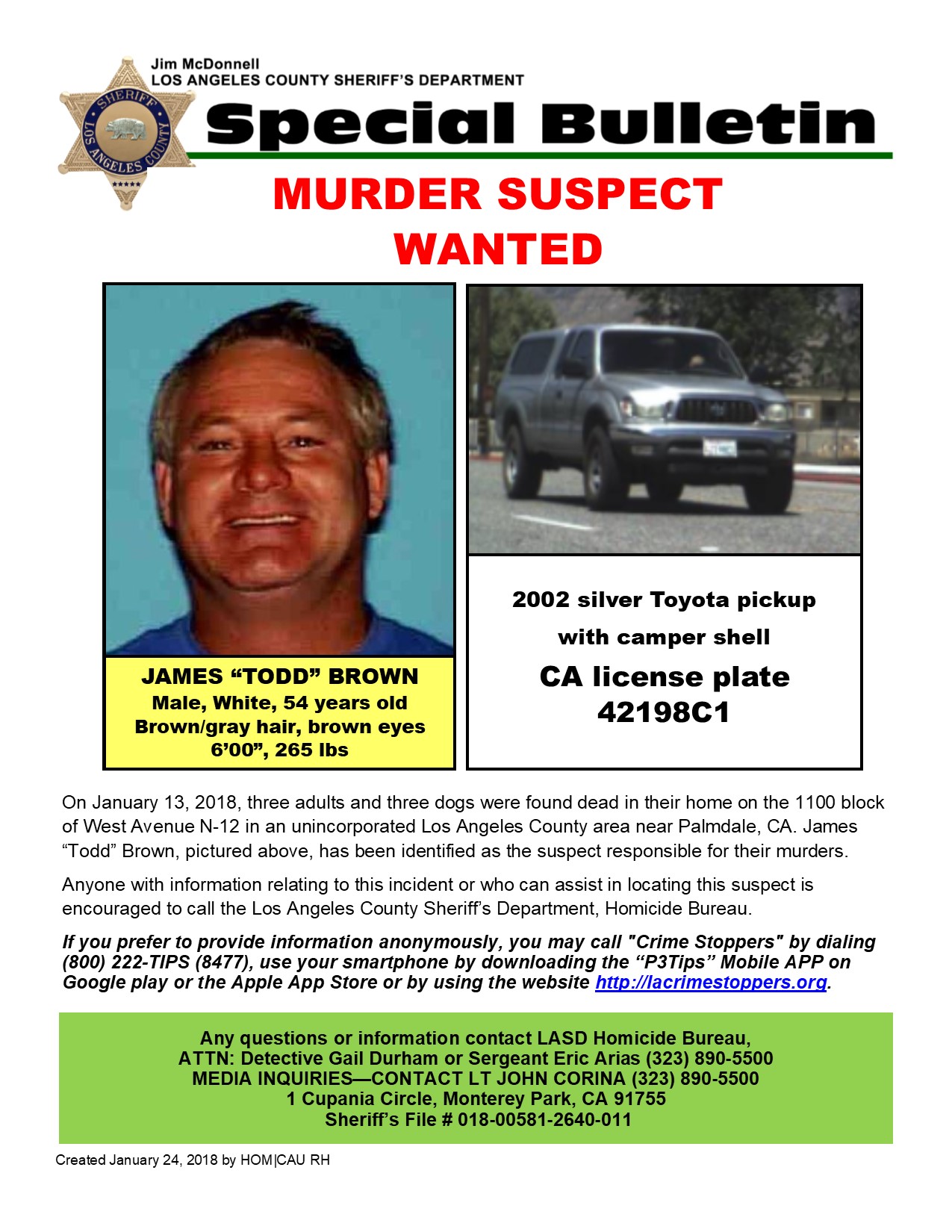