PALMDALE – A 29-year-old man was shot to death Monday afternoon in Palmdale, allegedly by the father of a former girlfriend, authorities announced.

The incident was reported around 4:47 p.m. Monday, Nov. 21, on the 37000 block of Sierra Highway, according to a news release from the Sheriff’s Information Bureau.

“Palmdale Sheriff’s Station deputies responded… regarding a domestic violence call… Upon arriving, deputies discovered the victim, identified as Giovannie Gutierrez of Palmdale, lying unresponsive in the middle of the street suffering from an apparent gunshot wound. Victim Gutierrez was transported to a local hospital where he later succumbed to his gunshot wound injuries,” the news release states.

Gutierrez had been in his white Chrysler 300M sedan, chasing his former girlfriend who was driving a gray compact car. The cars driven by Gutierrez and his former girlfriend collided at least once during the chase, authorities said. The cars both stopped in the middle of Sierra Highway north of Avenue S where Gutierrez attempted to force entry into his ex-girlfriend’s car as she was seeking help from family members who had called 911, authorities said.

As Gutierrez was attempting to gain entry into the woman’s car, a white Ford Ranger pickup truck arrived at the scene. Jose G. Mendoza, the father of Gutierrez’s former girlfriend, was a passenger in the pickup truck. Mendoza got out of the pickup truck, approached Gutierrez and shot him once in the head, authorities said.

Mendoza is described as being 5 feet, 6 inches tall and weighing 140 pounds with black hair and brown eyes. The Littlerock resident is believed to be armed with a semi-automatic handgun and should not be approached.

Anyone with information regarding the whereabouts of Jose Mendoza or the shooting should call the Sheriff’s Homicide Bureau at 323-890-5500. Anonymous tips can be called in to Crime Stoppers at 800-222-8477 or submitted online at lacrimestoppers.org. 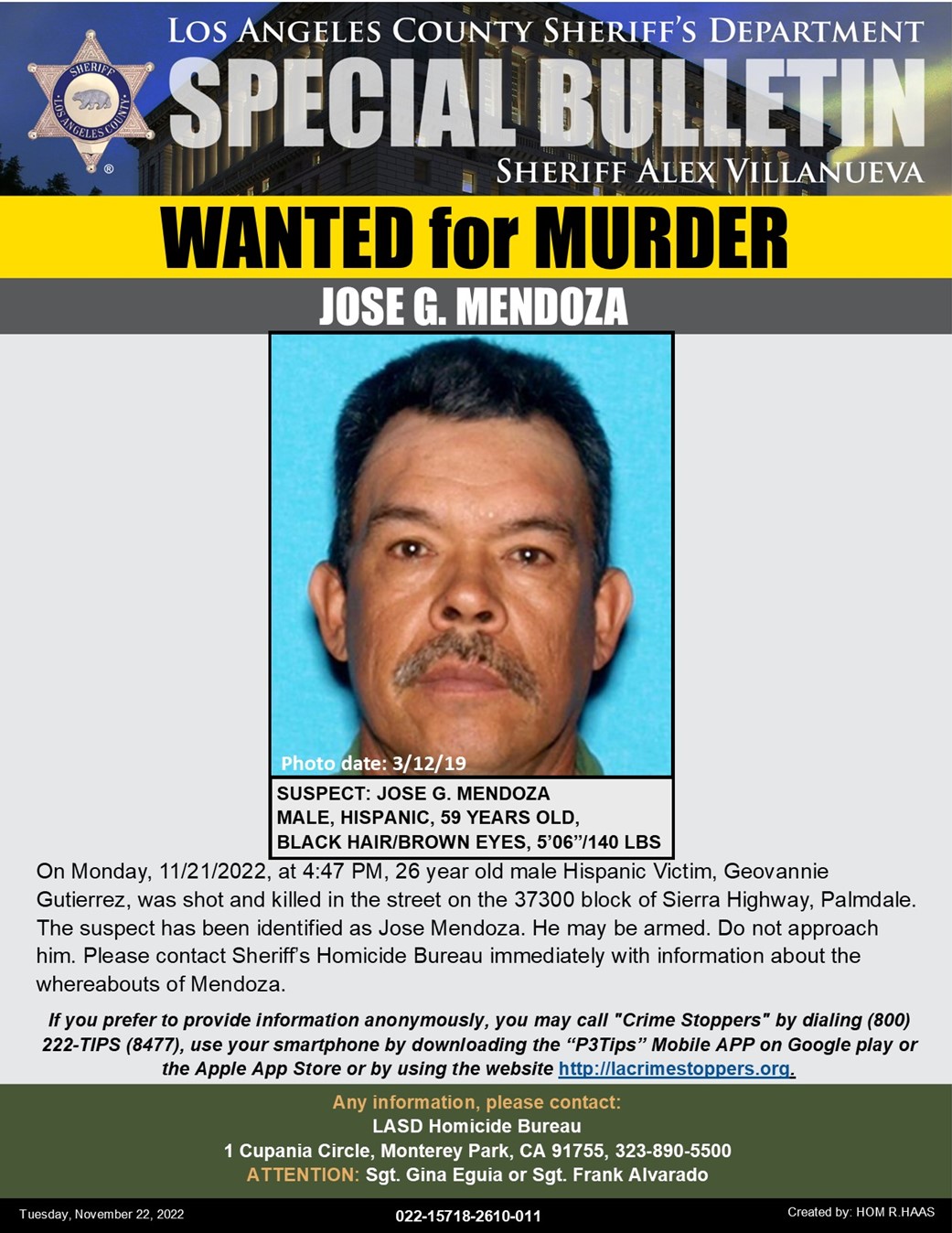