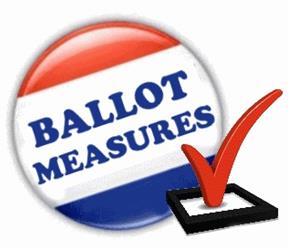 Among the statewide ballot measures being decided by voters Tuesday, Nov. 8, are two aimed at expanding gambling in California, with both proposals facing significant opposition.

Proposition 26 on Tuesday’s ballot would allow tribal casinos in the state to offer on-site sports betting, which would also be permitted at four horse tracks in the state. The measure would also allow tribal casinos to offer roulette and dice games such as craps. Backers of the measure say it would be boon for tribal self-reliance, raising critical funds for education, health care and other services for tribal members — including members of smaller, non-gaming tribes.

But opponents say the measure is an effort by the state’s five wealthiest tribes to dramatically expand their gambling operations, and its approval will endanger the future of legally operating card clubs in the state. The state Legislative Analyst estimated the proposal would lead to possibly tens of millions of dollars in new state revenues, offset largely by increased state costs to regulate and enforce the new gaming activities.

Meanwhile, Proposition 27 would authorize online and mobile sports wagering in the state. Backers say the measure would generate hundreds of millions of dollars in new state revenue, with some of the proceeds benefiting programs to combat homelessness, mental health and addiction. But opponents call it a “deceptive scheme” orchestrated by out-of- state online and mobile betting platforms, which they say will be the primary beneficiaries of the wagering, not homeless services.

On a separate topic, voters will also weigh in on Proposition 29, which would impose strict regulations on kidney dialysis clinics. Among the rules would be a requirement for a doctor, nurse practitioner or physicians assistant to be on site during dialysis treatments, a disclosure requirement for physicians with clinic ownership stakes and a requirement for clinics to report dialysis-related infection data to the state. Supporters of the proposal say it contains “common-sense improvements to dialysis treatment” that will provide medical protection to patients. Opponents insist the “bureaucratic requirements” included in the measure will lead to closures or service reductions at clinics across the state, “making it harder for patients to access their treatments.”

Proposition 30 on Tuesday’s ballot would impose a tax on income over $2 million, with supporters saying the funds would be earmarked for rebates and incentives for zero-emission vehicle purchases, installation of charging stations and for wildfire prevention programs, including hiring of firefighters. The state legislative analyst estimated the measure would raise up to $5 billion annually. Backers say the measure is a critical tool in combating the effects of climate change, while taxing only extremely high-income residents. Supporters say the proposal will “reduce extreme wildfires and restore clean air to California.” Opponents say the measure does nothing to ensure low-income residents will be able to afford zero-emission vehicles, but will primarily benefit one of the measure’s main financial backers, the ride-hailing company Lyft. Opponents say the company will be able to use the proposed tax revenue so it can meet a state requirement for having 90% of its vehicles be zero-emission by 2030.