PALMDALE – A 19-year-old man charged with stealing two of Lady Gaga’s French bulldogs and shooting her dog walker last year — and then accidentally released from jail in April — was captured in Palmdale, authorities announced Wednesday, Aug. 3.

James Howard Jackson was arrested after investigators executed a search warrant on Apricot Drive in Palmdale, according to a news release from the Sheriff’s Information Bureau. Further details on his arrest were not immediately available.

Jackson, who was mistakenly released from custody on April 6, 2022, due to a clerical error, was originally arrested for the Feb. 24, 2021 crime, where Jackson allegedly shot dog walker Ryan Fischer with a handgun while the victim was walking Lady Gaga’s three French bulldogs in Hollywood. Fischer sustained a through-and-through gunshot wound to his chest and was transported to Cedars-Sinai Medical Center, according to the U.S. Marshals Office.

Two of the dogs were allegedly stolen by Jackson and two other attackers, and police later arrested five people in connection with the attack, two of whom were charged as accessories after the fact, the U.S. Marshals Service reported.

Jackson — along with Jaylin White and Lafayette Whaley — were all charged with one count of attempted murder, conspiracy to commit robbery and second-degree robbery.

White, 20, pleaded no contest Wednesday, Aug. 3, to second-degree robbery and was immediately sentenced to four years in state prison in connection with the robbery plea and a sentence enhancement that another defendant was armed, according to Deputy District Attorney Michele Hanisee.

Three other charges — attempted murder, conspiracy to commit robbery and assault by means of force likely to produce great bodily injury — were dismissed as a result of White’s plea, Hanisee said. 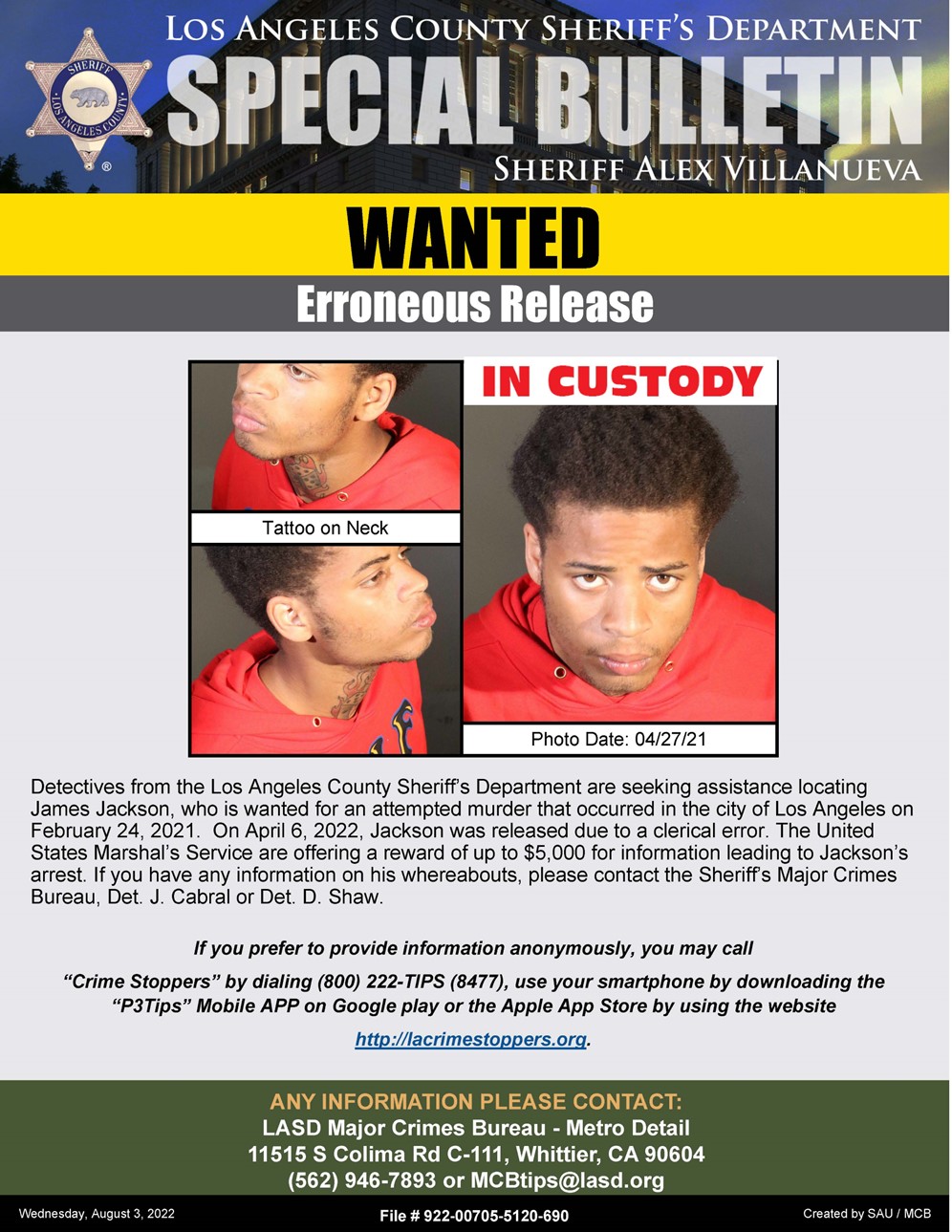