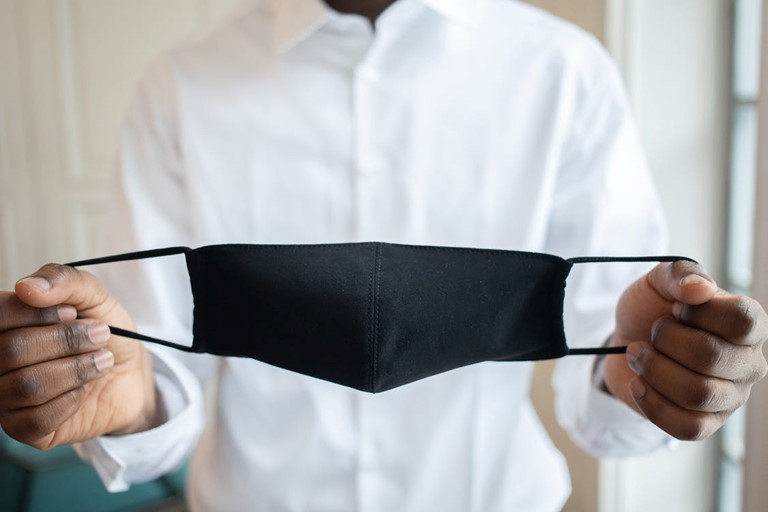 An alliance of Los Angeles County business groups Thursday called on health officials to abandon plans for a universal COVID-19 indoor mask mandate, saying the move would be “heavy-handed” and a burden on businesses that will be forced to enforce the rule.

“This is not a debate about choosing between lives and livelihoods,” Tracy Hernandez, founding CEO of the Los Angeles County Business Federation said in a statement. “This is a discussion about educating and empowering Angelenos to make smart choices about protecting their health, our workers and the region’s collective ability to weather this latest wave of infections. We can do better than a heavy-handed mandate at this stage of pandemic recovery and endemic recalibration.”

The county is on track to re-impose an indoor mask-wearing mandate on July 29, based on the current elevated transmission level of the virus and rising hospitalization numbers. The county last week entered the “high” virus activity level as defined by the U.S. Centers for Disease Control and Prevention.

Dozens of counties across the state have also moved into the “high” transmission category, but Los Angeles County is the only county that has announced plans to reinstate a mask mandate. County Public Health Director Barbara Ferrer has repeatedly defended the move, calling it a simple yet effective way of slowing virus transmission and preventing hospitals from becoming overburdened. Some critics, however, have questioned the need for a mandate, suggesting instead that a voluntary call would raise awareness of virus spread and encourage people to make their own decisions without placing an enforcement burden on small businesses.

In a statement Thursday, the Los Angeles County Business Federation expressed support for a voluntary rule — which is already in effect — but said forcing businesses to enforce a mandate will “stymie economic recovery, confuse COVID-weary residents and further erode public trust in governing bodies.”

Los Angeles County Supervisor Kathryn Barger last week urged Ferrer to conduct extensive outreach to businesses to discuss plans for the masking rule and the possible impacts of the regulation, particularly since surrounding counties will not be imposing a mandate. Ferrer said such efforts were already underway.

“Our hope is people will go ahead and make every effort to come into compliance,” Ferrer said during a media briefing last week, adding that there will be no exemptions for businesses such as gyms or yoga studios.

“Spread is super high everywhere,” Barger said. “We have lots and lots of outbreaks, so we are going to ask that everybody go ahead with indoor masking.”

“The economic impacts of the pandemic must be monitored alongside the public health and social impacts,” Hernandez said. “It’s possible to protect people, jobs and our sense of community by compromising instead of arm twisting.”

The Los Angeles County Business Federation is an alliance of roughly 215 business organizations, with organizers saying the group encompasses 410,000 employers with 5 million employees throughout the county.