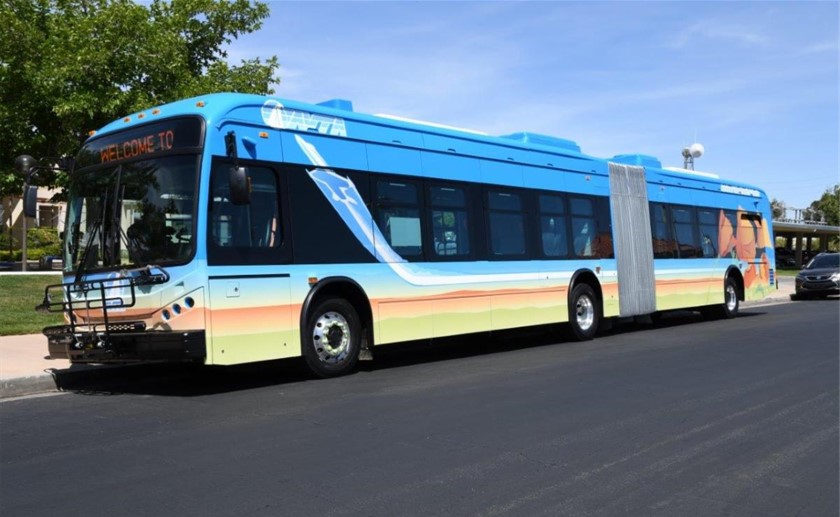 By the Antelope Valley Transit Authority

AVTA’s local and commuter services were suspended today [June 3] at 9:00 AM due to a sudden strike action taken by Teamsters Local 848 against AVTA’s contractor Transdev.

AVTA had no advance notice of this work stoppage.

AVTA is deeply disappointed that the Teamsters Local 848 decided to strike and, in the process, disrupt the lives of thousands of AVTA customers that rely on our transit services to get to work, medical appointments, and other daily needs. AVTA will do everything we can to minimize the impact of this work stoppage.

Although this impacts our riders and our community in a major way, the Teamsters’ dispute is with Transdev. Over the course of the agency’s 30-year existence, AVTA has never had a labor agreement with the Teamsters. AVTA has no legal role in these negotiations.

The union operators have already received an average 32% increase effective January 1, 2022. Despite this substantial increase from Transdev, the union is demanding more.

“AVTA’s position remains firm,” said AVTA Chairman of the Board Marvin Crist. “We urge the Teamsters to return to the bargaining table and immediately cease actions that harm the most vulnerable. Work stoppages do nothing to advance their cause.”

During this disruption, AVTA urges our riders to check AVTA’s website and social media and sign up for AVTA Rider Alerts at www.avta.com. Riders may also call AVTA customer service department at 661-945-9445 for current information on service outages and delays.

About the author: AVTA provides local, commuter and dial-a-ride service to a population of more than 450,000 residents in the cities of Lancaster and Palmdale as well as the unincorporated portions of northern Los Angeles County. Its total service area covers 1,200 square miles and it is bounded by the Kern County line to the north, the San Bernardino County line to the east, the Angeles National Forest to the south, and Interstate 5 to the West.