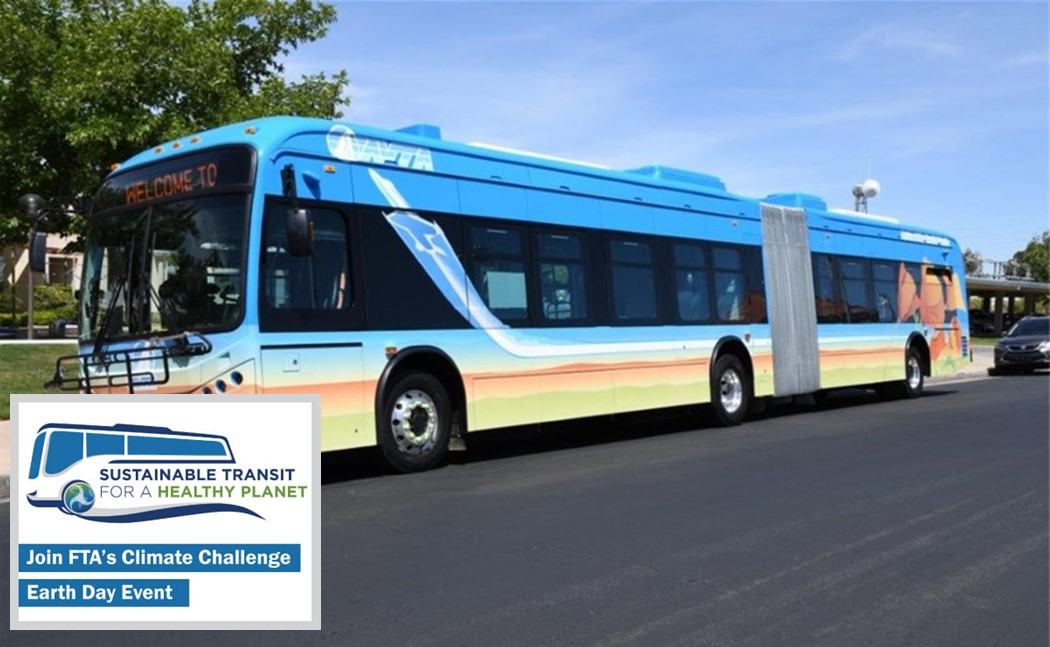 The FTA presented it Climate Challenge awards on Friday, April 22, during the 52nd celebration of Earth Day. AVTA won the award for “Most Accomplished” for meeting its 100 percent electric fleet goal and becoming the first transit agency in North America to be all-electric. AVTA reported a savings of $2.3 million after converting its bus fleet to all electric, largely thanks to saving 1,750,000 gallons of diesel fuel, according to the FTA.

The FTA on Friday also launched phase two of its Climate Challenge, which seeks to increase participation and focuses on electrification or zero-emission transition plans to achieve the President’s GHG emissions goals. More information about phase two can be found here.

The FTA and the Federal Highway Administration also launched a joint Flexible Funding website to encourage communities to use flex funding for projects that promote safer routes to transit. This support for bicycle lanes, better pedestrian walkways, trails, lighting, and other projects enhances safety and access to transit stations and bus stops, reducing vehicle trips and lowering greenhouse gas emissions, according to the FTA.

[Information via news release from the Federal Transit Administration.]