LANCASTER – If you recognize this vehicle and know its driver, then Lancaster Sheriff’s Station detectives would like to hear from.

Detectives believed the driver of the light colored Ford F-150 with a camper shell may be connected to a dog that was abandoned near a dumpster at a local business, according to a Sheriff’s bulletin.

“The dog showed signs of severe neglect and has since passed away…” the bulletin states. “…Let’s find who is responsible for harming this dog.”

Anyone with information regarding the truck or its owner is encouraged to contact Sergeant Bowser at the Lancaster Sheriff’s Station at 661-948-8466. 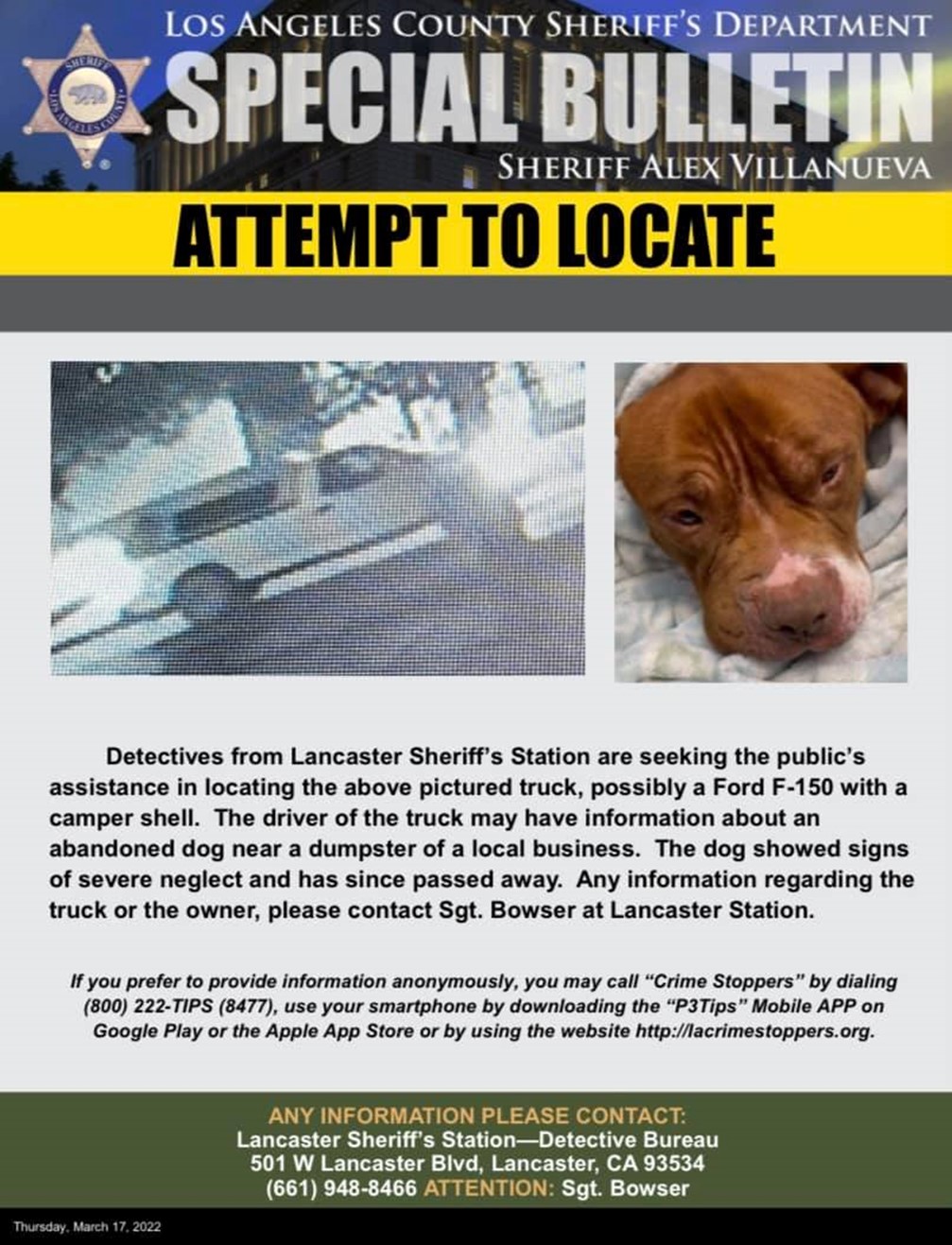