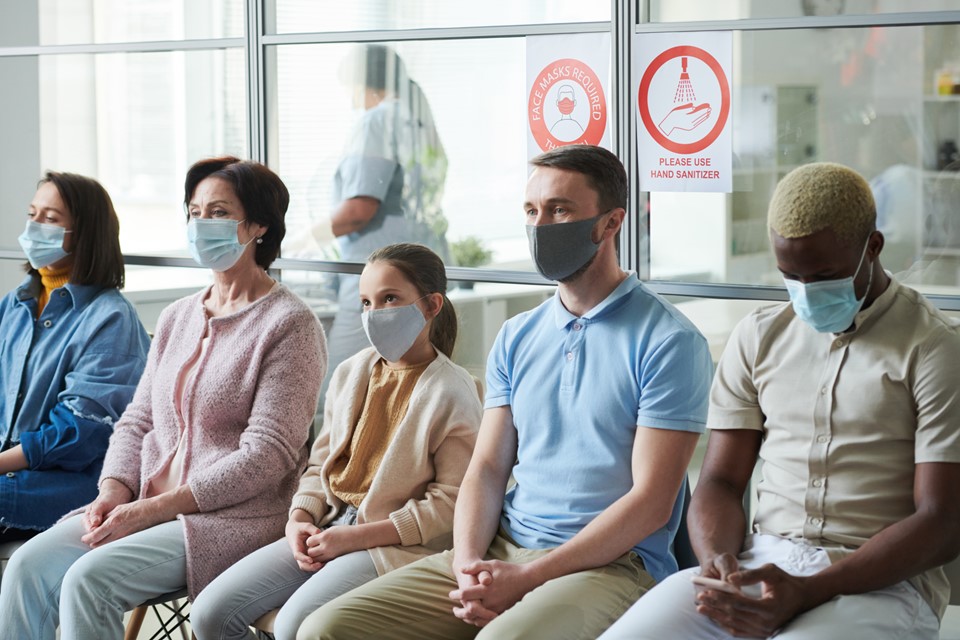 With questions mounting about when Los Angeles County’s mask-wearing mandate will end — fueled in part by photos of football fans largely ignoring the requirement during Sunday’s Rams game — the public health director outlined metrics that will need to be met for masks to come off. But it’ll still be weeks away.

Barbara Ferrer told reporters Thursday in an online briefing that the current winter surge of COVID-19 cases will be considered over when the county’s number of COVID-positive hospital patients falls below 2,500 and stays there for seven consecutive days. Once that threshold is met, the county will lift the mask-wearing requirement for outdoor mega-events, such as football games, and for outdoor spaces at K-12 schools and child-care facilities.

As of Thursday, however, there were still 3,398 COVID-positive patients in county hospitals, meaning the threshold is unlikely to be met for several weeks, and — absent a major sudden drop in the next two days — certainly not ahead of the Feb. 13 Super Bowl at SoFi Stadium.

Earlier this week, Los Angeles County Supervisor Kathryn Barger called for a reevaluation of the mask-wearing mandate, pointing to the generally lax compliance with the rule at Sunday’s Rams-49ers NFC championship game. Among those caught without masks at the game were Gov. Gavin Newsom and Los Angeles Mayor Eric Garcetti, although both insisted they only removed their masks to take photos with Laker legend Magic Johnson. Supervisor Holly Mitchell, who currently chairs the Board of Supervisors, rebuffed Barger on Wednesday, saying COVID transmission remains too high in the county to relax the masking rule.

But with questions persisting, Ferrer on Thursday shared the guidelines the county is monitoring for eventually lifting mask-wearing requirements. While the hospital number will govern the lifting of mask requirements in outdoor spaces, the criteria will be tighter for indoor events and other settings, such as restaurants and retail establishments. That requirement will not be lifted until the county’s level of transmission falls to the “moderate” level as defined by the U.S. Centers for Disease Control and Prevention and stays there for two straight weeks.

Reaching the “moderate” designation requires the county to have a cumulative, seven-day new case rate of less than 50 per 100,000 residents. The county’s current rate, according to the CDC’s website, was 1,584 per 100,000 residents as of Thursday. In addition to maintaining the “moderate” rate for two weeks, indoor mask-wearing requirements will only be lifted if there aren’t any newly circulating “variants of concern” of the COVID virus, Ferrer said.

Ferrer also noted that even if the county lifts its indoor masking mandate, some mask-wearing requirements will remain in place if they are mandated by state or federal authorities — such as in workplaces governed by Cal-OSHA, health-care and correctional facilities governed by the state or airports and transit centers controlled by the federal government.

3 comments for "LA County unveils criteria for lifting mask mandates, but it won’t be anytime soon"