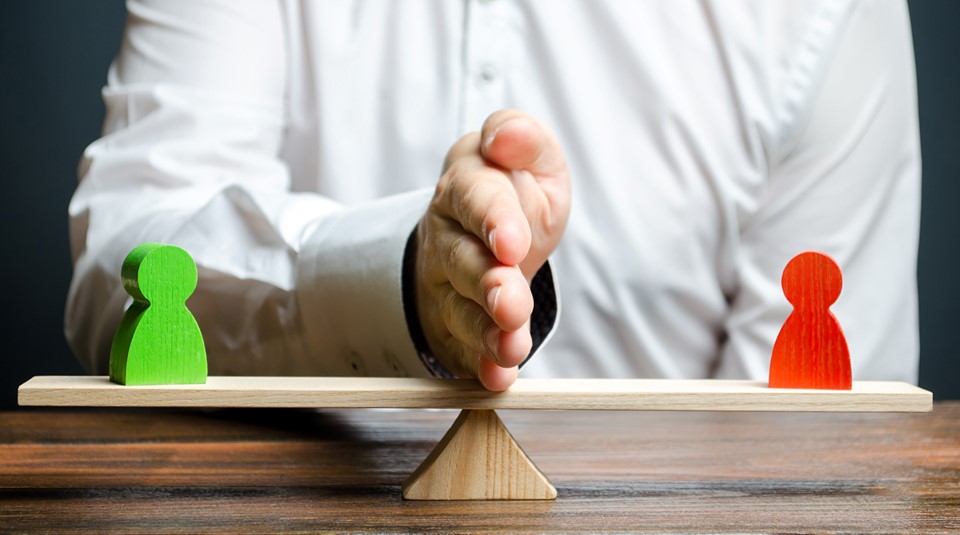 The political divide in American is wide, and the USC Annenberg School for Communication and Journalism has revealed a way to measure it.

“It’s clear from our analysis that polarization has become a permanent fixture in American culture, fueled in part by partisan communicators in media and politics who benefit from conflict,” Fred Cook, director of the USC Center for Public Relations at the Annenberg School for Communication and Journalism, said in a release. “These opposing political forces are using the issue of immigration as the foundation for building a wall to divide our country.”

Immigration is the top issue contributing to the high level of polarization in the country, according to a release from USC. The polarization index indicates that immigration discussions have grown more contentious since last year’s presidential election, and it is largely driven by engagement with right-leaning media featuring a high level of unreliable information.

“Polarization is a complex, dynamic, and widespread phenomenon of huge import for CEOs who increasingly find their companies embroiled in whether to take a stance,” Guy Churchward, CEO of Zignal Labs, said in a release. “Using real-time technology, we can quantify the degree of polarization of given narratives, track this over time, and provide a framework for business and government leaders, as well as the media itself, to assess the dangers and opportunities that these topics pose.”

Policing policy ranks second, racial equity ranks third and gun legislation ranks fourth, according to recent data in the polarization index. Social media users on the left and right contributed in roughly equal numbers to the discussions on racial equity and gun legislation, an indication they will remain polarizing topics for the foreseeable future.

“When we look at polarization as a quantified entity, we see how powerful echo chambers are being created and amplified, reinforcing existing opinions,” Jonny Bentwood, Global Head of Data and Analytics at Golin, said in a release. “By tracking these trends over time, we gain useful insights into how consumer perceptions evolve on issues that impact society and business.”

The USC Polarization Index can be downloaded at ThePolarizationIndex.com and updates will be released periodically.