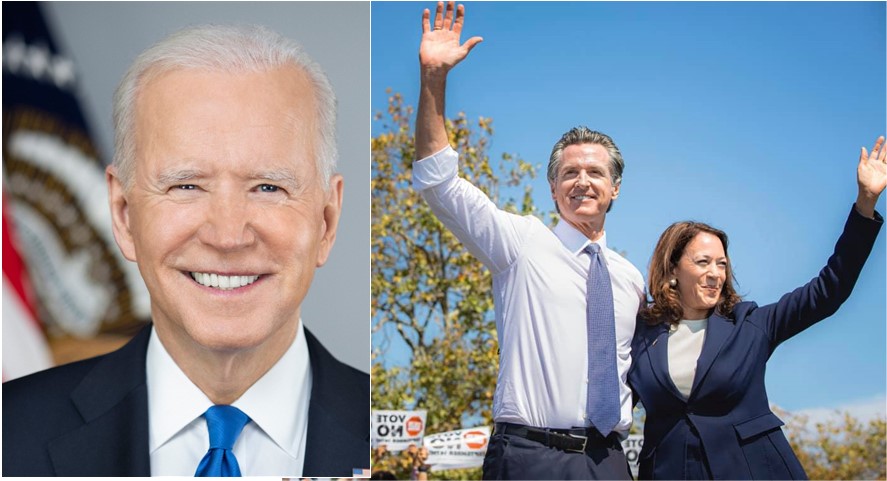 President Joe Biden will make his long-touted visit to California Monday in support of Gov. Gavin Newsom, with the pair expected to campaign in Long Beach one day ahead of the deadline to return ballots and vote in the gubernatorial recall election.

Newsom’s campaign confirmed that the governor and Biden will appear together in Long Beach Monday, for what will be the campaign’s “final rally against the Republican recall.”

Larry Elder, considered the leading Republican in the effort to replace Newsom, dismissed the high-level support for the governor.

“If Gavin Newsom thinks that flying in Joe Biden and Kamala Harris — not exactly the most admired government officials at the present time — will make him look better, that’s all you need to know about how oblivious and detached Newsom is from a large majority of Californians,” Elder said.

The Long Beach stop is part of a three-state trip by Biden, who will first travel to Boise, Idaho, on Monday to visit the National Interagency Fire Center, followed by a stop in Sacramento to “survey wildfire damage,” according to The White House. Following the Newsom event later Monday, Biden will travel to Denver on Tuesday to tout his “Build Back Better” economic- recovery agenda.

Former President Barack Obama has also joined the campaign against the gubernatorial recall. Obama is starring in a new statewide ad urging  Californians to vote “No” on Newsom’s recall.

Californians to vote “No” on the recall of Gov. Gavin Newsom as the election draws near.

Listen to @BarackObama — California has a big choice to make on September 14th.

Your vote could be the difference.

Vote NO on the Republican Recall.

There’s too much on the line to sit this one out. pic.twitter.com/U3cKDcRaVY