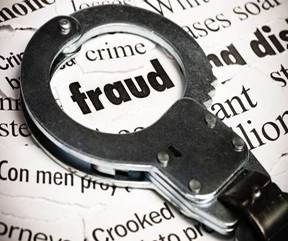 A man who stole public assistance benefits such as cash and food aid that should have gone to individuals and families in need in Los Angeles County was sentenced to four years in state prison and will have to pay nearly $900,000 in restitution, the state Attorney General’s Office announced Monday.

Jawuan Antonio Gibson, 38, pleaded guilty to four counts of grand theft, one count of possessing access card making equipment, and two counts of accessing a computer to commit fraud. He also admitted a special allegation that through his statewide scheme he caused more than $500,000 in losses.

California Attorney General Rob Bonta announced the plea and sentencing in the electronic benefit transfer fraud scheme, for which Gibson was sentenced to 48 months in state prison and ordered to pay $883,529 in restitution to the California Department of Social Services. The CDSS will identify and reimburse the victims from throughout California, including those in Los Angeles County.

“Targeting vulnerable Californians who are trying to provide the basic necessities for themselves and their families is a heinous crime,” Bonta said. “Millions of Californians rely on food and cash aid, and no one should have to worry that they won’t be able to feed their family or put a roof over their heads because of one person’s criminal act.”

Between early 2017 and May 2019, investigators found that Gibson targeted hundreds of victims in dozens of counties up and down the state by sending fraudulent phishing text messages asking for their personal information — such as birth date, social security number and the PIN associated with their EBT cards — in order to verify their benefits.

Once the victims provided the information, Gibson used it to create counterfeit duplicates of their EBT cards and then used the duplicates to withdraw funds from their accounts via ATM machines.