LANCASTER – Authorities Wednesday were searching for a missing 33-year-old woman who suffers from bipolar disorder and schizophrenia and was last seen in Lancaster.

Veronica Smale, also known by the nickname “Vicky,” was last seen about 10 a.m. on June 26 in the 44900 block of Rodin Avenue, according to a Los Angeles County Sheriff’s Department statement.

Smale is white, 5 feet, 4 inches tall and weighs 180 pounds. She has brown hair and green eyes. She also has tattoos of a red heart with the name “Xavier” written inside, the name “Michael” on her calf and anklets on both ankles.

Anyone with information on her whereabouts was asked to contact the LASD Missing Persons Unit at 323-890-5500. Anonymous tips can be called in to Crime Stoppers at 800-222-8477 or submitted online at lacrimestoppers.org. 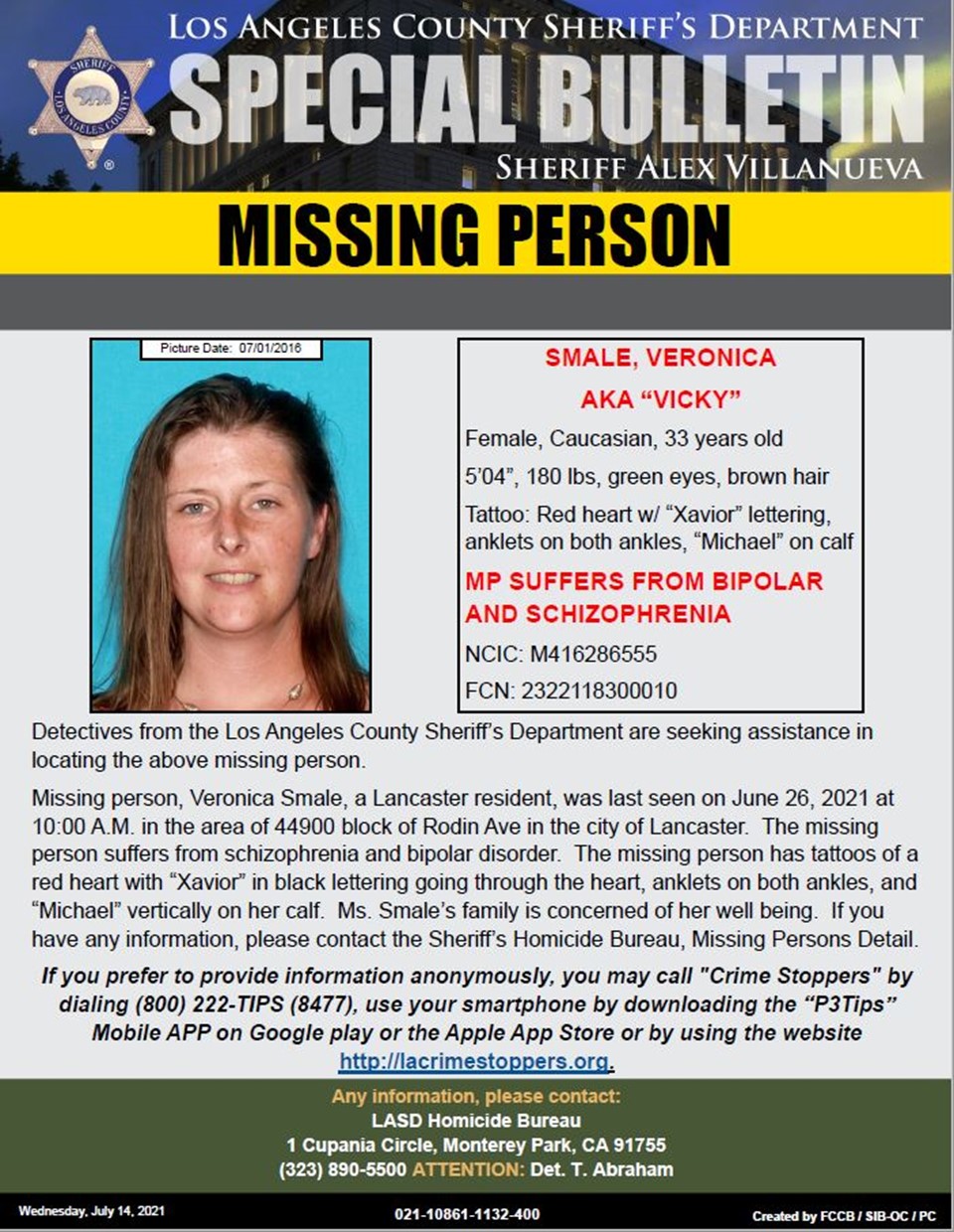