LANCASTER – Two women and two young boys were killed Friday when a car traveling on the wrong side of the road collided head-on with a big rig in Lancaster, authorities said.

The collision happened around 9:09 a.m. Friday, June 4, on Avenue G just west of 30th Street East, according to a California Highway Patrol report.

A 62-year-old Lancaster woman was driving a 2019 Dodge Challenger westbound in the eastbound lane of Avenue G when the vehicle collided with a 2017 Peterbilt truck, the CHP report states.

The rig’s driver, 44-year-old Santos D. Torres of Corona, sustained minor injuries and was not transported to the hospital, according to the CHP report.

The driver of the Dodge was pronounced dead at the scene. The front passenger, a 59-year-old woman from Lancaster, was transported to Holy Cross Hospital by a sheriff’s helicopter and was pronounced dead by hospital staff, according to the CHP report.

Three children inside the Dodge were transported to Antelope Valley Hospital by AMR ambulance. Upon arrival, two of them were pronounced dead — a 9-year-old boy and a 6-year-old boy. The third child, a 5-year-old boy, “was being treated for major traumatic injuries,” the CHP report states.

Anyone with information regarding this collision is encouraged to contact Officer Ball at the Antelope Valley CHP Office at 661-948-8541.

UPDATE [Crash victim’s ID’d]: According to the Los Angeles County Coroner’s Office, the driver of the black Dodge Challenger who died at the scene was Sandra Jones, 62, of Lancaster. The female passenger who died at a hospital was Roslind Harris, 59, also of Lancaster. The children — who both died in hospitals — were David Howard, 6, and Justin Howard, 8, both of Las Vegas, the coroner’s office said. 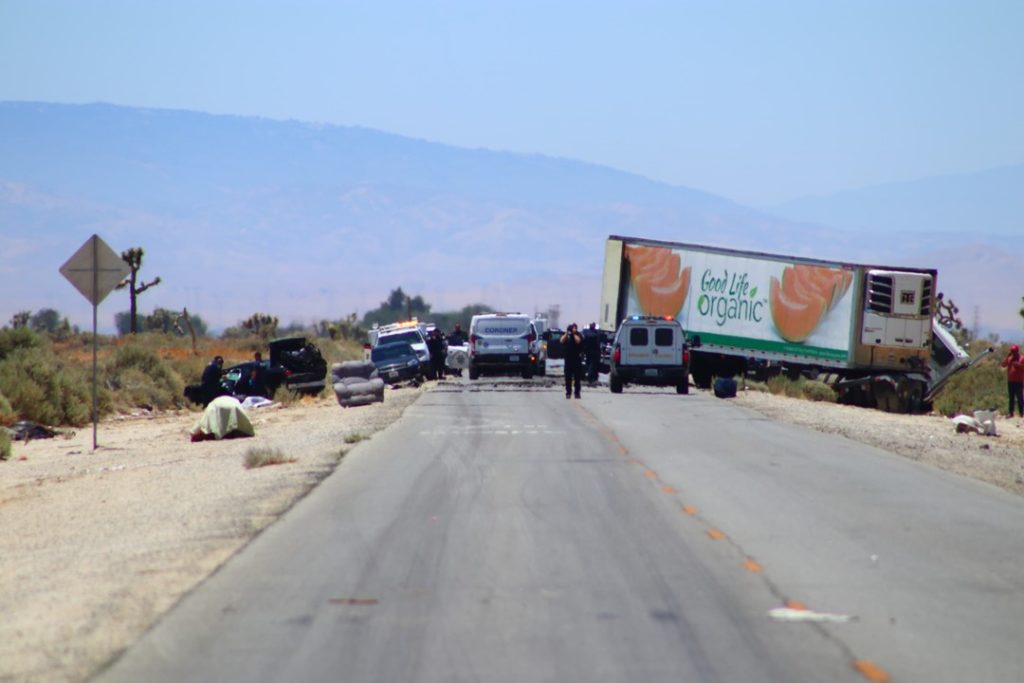