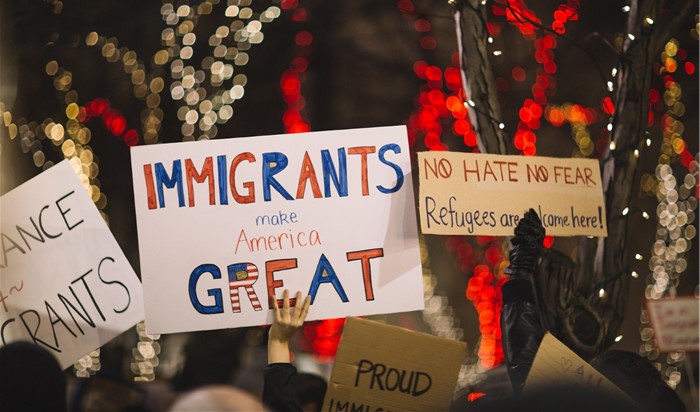 A California assemblywoman introduced a bill this week to replace the term “alien,” which is used to describe foreign-born individuals, with terms that are “more reflective of today’s legal terminology.” The term “alien” has been used by the federal government since 1798 and in California since 1937.

“The term, ‘alien’ is an archaic and dehumanizing term used for decades to isolate the undocumented community and diminish their rights,” said Assemblywoman Luz Rivas (D-Arleta), who introduced Assembly Bill (AB) 1096 on Thursday, Feb. 18.

“As the state with the largest undocumented population in our nation, we all know someone, have a friend, a colleague, or a neighbor, who is a noncitizen. However, that does not make them any less human or American. It’s time we that brought our laws into the 21st century and remove outdated terminology that no longer reflects the diverse population that makes up this great state,” Rivas continued.

The term “alien” was first introduced into California’s Legislature in 1937 to refer to people who were not born in the United States or a fully naturalized U.S. citizen.  But in the 1990s, “alien” became a term for people to express bigotry without using explicit racist language, according to Rivas.

In 2015, California eliminated and replaced the term “alien” with “noncitizen” in the California Labor Code, however, the term still exists throughout other sections of state law, according to Rivas.

“Using the antiquated, xenophobic term ‘alien’ to refer to an immigrant has no place in California… It’s time we get rid of this dehumanizing, alienating language in California Code, and replace it with a term that gives the dignity to our immigrant population that they deserve,” said Senator Maria Elena Durazo (D-Los Angeles).

The Biden White House is proposing a similar change. Biden’s “U.S. Citizenship Act of 2021” aims to recognize “America as a nation of immigrants by changing the word ‘alien’ to ‘noncitizen’ in our immigration laws,” according to a White House news release.