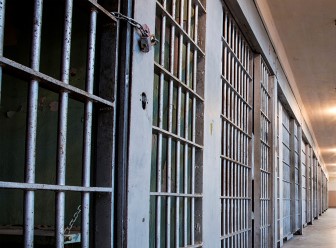 LOS ANGELES – The Los Angeles County Sheriff’s Department, responding to a woman’s proposed legal claim alleging her son died in custody in 2019 due to the negligence of deputies, says he actually died at County-USC Medical Center and not in jail.

Jacqueline Cothran filed a petition Thursday in Los Angeles Superior Court, asking to be excused for mistakenly missing the six-month deadline for filing a claim because she was coping with the Oct. 27, 2019, death of her son, Robert Cothran, and because she was worried about the coronavirus spread.

According to the LASD, Robert Cothran initially received medical care in jail from the county’s Correctional Health Services, which is not part of the Sheriff’s Department. He was transferred on Oct. 20, 2019, to County-USC Medical Center, where his condition worsened and he died there seven days later, according to the LASD.

According to Jacqueline Cothran’s petition, she brought an application for a late claim last September, saying she was unable to consult with an attorney within six months because of the rapid spread of the coronavirus, especially in Los Angeles, and because she was emotionally distraught and in mourning for her son’s death.

Her application to file a late claim was rejected in October, but the county was silent about why and also did not state whether the claim itself was rejected, the petition states.

According to Jacqueline Cothran’s draft claim, Robert Cothran and his mother had asked for a specialist for months leading up to the date of death because he had been having chest pains and breathing problems. The requests were ignored multiple times by the staff at the jail, who neglected Robert Cothran’s medical needs, the draft claim alleges.

As a result of the alleged denial of medical care, Robert Cothran’s health deteriorated and his heart was infected by invasive bacteria, causing severe pain, the draft claim states. He also endured emotional and mental distress for months until he died, according to the draft claim.

A claim is often a forerunner to a lawsuit.