LANCASTER – The woman found dead Tuesday morning at a Lancaster hotel has been identified as Mykeisha White, a 25-year-old Lancaster resident who suffers from a mental condition and was reported missing last week and then found two days later, authorities said.

An examination is still pending to determine White’s exact cause of death, according to the Los Angeles County Coroner’s Office, which could not provide a time when the examination would occur.

White’s death was reported around 7:45 a.m. Tuesday, Jan. 26, when deputies responded to a Best Western hotel in the 2000 Block of West Avenue I and found White suffering a gunshot wound inside a room, according to Lt. Brandon Dean of the Los Angeles County Sheriff’s Department. White was pronounced dead at the scene.

Speaking to reporters at the scene, Lt. Dean said detectives were reviewing surveillance footage and interviewing witnesses “to determine if this was a self-inflicted gunshot wound or a homicide.”

The sheriff’s department last week asked for the public’s help in locating White.

“White suffers from a mental condition and her family is very concerned,” according to an LASD ‘Missing Person’ bulletin released last week. The bulletin stated that White “was last seen on Jan. 19, 2021, around 11 p.m., in the 45600 block of Sancroft Avenue in the City of Lancaster.”

In a statement released at 3:45 p.m. on Jan. 21, the sheriff’s department announced that White had been found, but did not provide any further details. 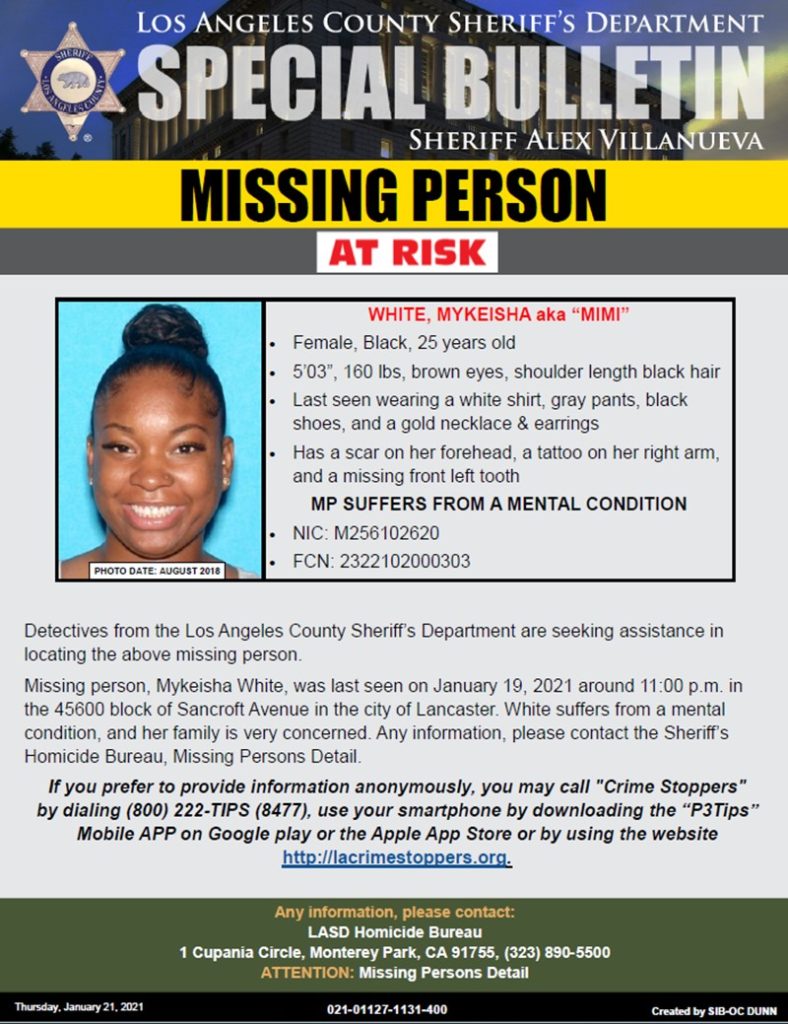 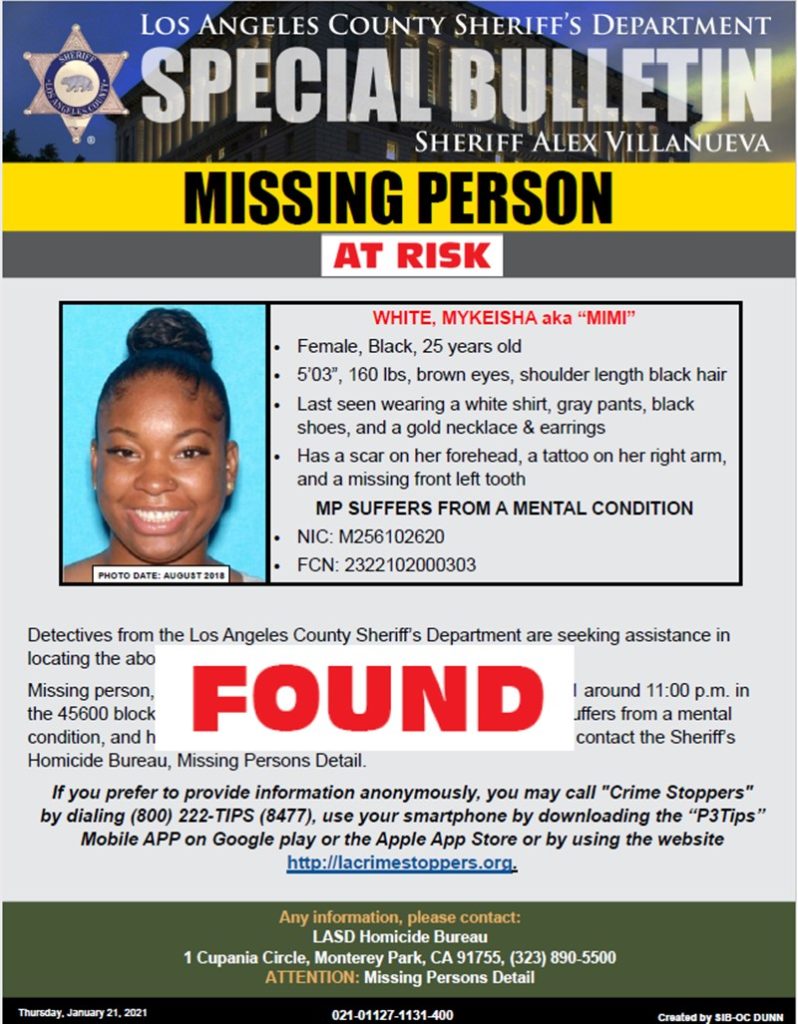