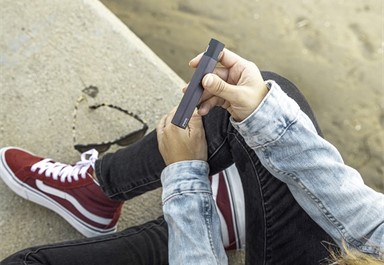 LOS ANGELES – An attempt to overturn a ban on the sale of most flavored tobacco products has qualified for the November 2022 ballot, acting Secretary of State James Schwab announced Friday.

The referendum needed valid signatures from 623,212 registered voters — 5% of the total votes cast for governor in the November 2018 general election — to qualify for ballot on the next statewide general election.

SB 793 prohibits store sales of flavored e-cigarettes and other e-devices, menthol cigarettes, non-premium flavored cigars and cigarillos, and other flavored smokable, vapable and smokeless tobacco products, with the exception of shisha tobacco used in hookahs, loose-leaf pipe tobacco and premium cigars costing $12 or more. The bill was signed into law by Gov. Gavin Newsom Aug. 28 after being passed in the Senate by a 38-0 vote and Assembly by a 58-1 vote.

The California Coalition for Fairness, the tobacco industry-funded group which conducted the signature-gathering drive to qualify the referendum for the ballot, calls SB 793 unfair and claims it “goes too far.”

The California Coalition for Fairness has received major funding from R.J. Reynolds Tobacco Co. and its affiliates, cigarette-maker Philip Morris USA and its affiliates and ITG Brands which markets and sells multiple cigarette and cigar brands and sells blu eCigs, according to the coalition.