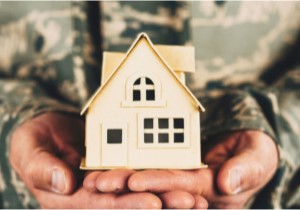 LOS ANGELES – A UCLA study published Friday shows that Californians who are forced to move for cost-related reasons are “significantly” more likely to report that they had unmet medical needs, suggesting that coronavirus-related evictions will put the health of many Californians at risk.

The study, published in the Journal of General Internal Medicine, analyzed 146,417 adults who responded between 2011 and 2017 to the California Health Interview Survey. It found that people who were forced to move because of financial issues were 17% more likely to have unmet medical needs compared to people who were not forced to move for cost reasons.

“Our results suggest efforts may be needed not only to ensure health care delivery to people who have had to move because of unaffordable housing, but also to prevent cost-related moves in the first place,” said Frederick Zimmerman, UCLA Fielding School of Public Health professor of health policy and management and senior author of the study.

“Such interventions may be particularly urgent in light of widespread economic hardship during the COVID-19 pandemic, which has raised concerns about a looming eviction crisis that could make an effective response to the pandemic itself even more challenging.”

Participants who reported moving in the last five years due to cost were more likely to report that they had delayed or not received prescribed medications and needed medical care in the previous year. Compared to people who did not move at all, the odds of unmet medical needs were 38% higher for people with cost-related moves and 17% higher for non-cost-related moves.

Researchers concluded that there are likely long-term health problems for everyone affected by moves.

“We were surprised to find that even people who moved within the same neighborhood for cost reasons experienced disruption of medical care,” Zimmerman said. “And having a higher income did not insulate movers from the negative effects.”

The study’s co-author Dr. Katherine L. Chen, a physician at UCLA and Cedars-Sinai, said the study is especially relevant due to the COVID-19 pandemic.

“I am worried about long-term clinical consequences of the backlog of unmet medical needs that can be expected from the pending wave of evictions and moves — I’ve seen patients who had stressful moves put their medical care on hold and suffer because of otherwise preventable disease,” said Chen, who is also a scholar at the Fielding School.

The study also found that 1 in 20 Californian adults, equivalent to 1.4 million people, reported moving due for cost-related reasons in the past five years.

The study was funded by Cedars-Sinai Medical Center through the National Clinician Scholars Program at UCLA.