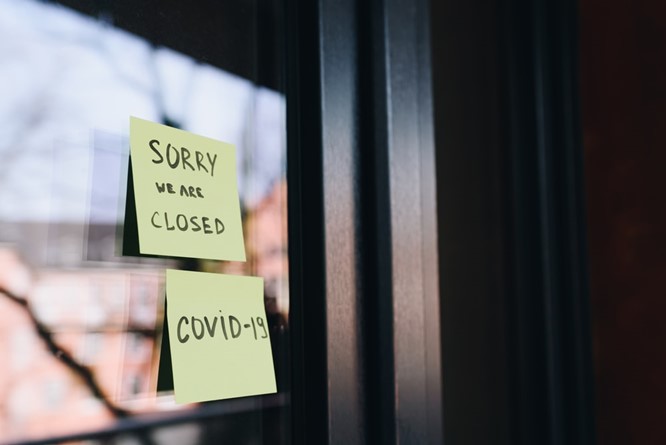 LOS ANGELES – With a continued surge in COVID-19 cases that has flooded hospitals with patients and led to deaths roughly every six minutes, Los Angeles County officials were continuing Friday to weigh possible new business restrictions in hopes of slowing spread of the virus. As of late Friday, however, no announcement had been made.

The county Board of Supervisors held a special closed-door meeting Friday afternoon, with multiple reports suggesting the panel would be discussing possible new restrictions, potentially closing indoor shopping malls and other non-essential businesses. The board, however, met for only about 10 minutes before emerging and announcing that no reportable action had been taken in their session.

Asked about possible new restrictions being imposed, Dr. Paul Simon, the county Department of Public Health chief science officer, said Friday afternoon that while he had not been advised of any impending announcement, “all possible potential interventions are on the table.”

“I know we’re having discussions in the county to determine if additional measures are needed,” he said, noting the county’s concern “about the high level of spread of the virus in the community.”

Most retail businesses in the county, with the exception of grocery stores, are operating under strict 20% capacity limits under a regional stay-at- home order imposed by the state due to a lack of intensive-care unit beds across Southern California. During a media briefing Wednesday, county Public Health Director Barbara Ferrer would not rule out the possibility of additional health restrictions being imposed, particularly in light of soaring COVID infection numbers, hospitalizations and deaths. She also noted the likely presence in the county of a new coronavirus variant first discovered in the United Kingdom. The new strain of the virus does not make people sicker, but it is far more contagious, meaning it can spread more rapidly from person to person, rapidly driving case numbers even higher.

“Current projections by the experts predict that if left unchecked, this variant could dominate locally by March,” Ferrer said.

She urged residents to continue adhering to existing health restrictions, while suggesting more may be needed.

“We should be prepared to do more if cases remain high,” she said. “The work ahead requires us to take every action necessary to reduce transmission.”

Simon stressed, however, that health restrictions imposed by the county are only effective if people actually adhere to them.

“We’ve closed an awful lot here, and the public is just plain exhausted, I think,” he said. “And we’ve seen less adherence to the restrictions. … We can implement additional restrictions but unless they’re adhered to, they’re not going to have the desired impact. We’re not a police state. It would be very difficult to use some of the extreme measures that have been done in other countries.”

He implored people to adhere to restrictions as much as possible and continue to do what they can to minimize their risk of infection.

“Even if people can’t do everything all the time, try to minimize the risk,” he said. “It’s hard to deal in absolutes — never leave your home … or never see anybody outside your household. That’s a difficult message.”

Ultimately, he said, “We’re just urging people to hang in there. We’re moving in a favorable path with the vaccine.”