LOS ANGELES – An off-duty Los Angeles County sheriff’s deputy was at the U.S. Capitol on the day a violent mob breached the building in an effort to halt the certification of the Nov. 3 presidential election, Sheriff Alex Villanueva said Thursday.

Asked during a Facebook Live event how many of his deputies were at the Capitol on Jan. 6, Villanueva said one individual from his department had identified him or herself as being at the scene, “and that information has been passed on to the FBI.”

In a subsequently released statement, the sheriff said, “I am very concerned one of my deputies may have been involved in wrongdoing at the U.S. Capitol,” adding that an administrative investigation has been opened into the matter and he has briefed the FBI.

Villanueva did not provide details on whether the deputy took part in the insurrection or is accused of committing any specific crime, and asked that anyone with additional information contact the sheriff’s department.

One officer with the Los Angeles Police Department reported attending the pro-Trump rally in Washington, D.C., that preceded the violence, but did not participate in any activity at the Capitol. The officer said he returned to where he was staying and saw the Capitol being stormed on television. 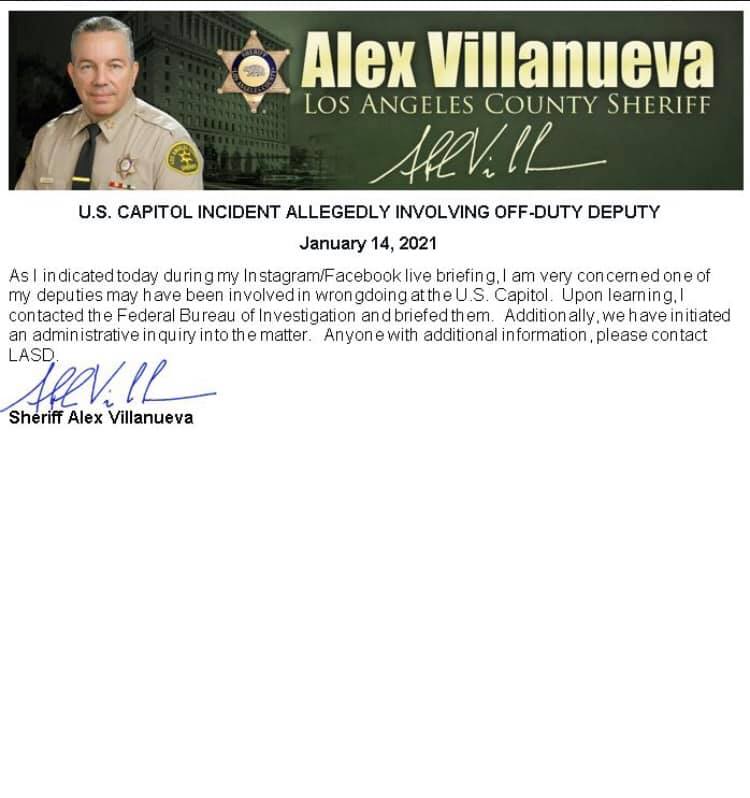