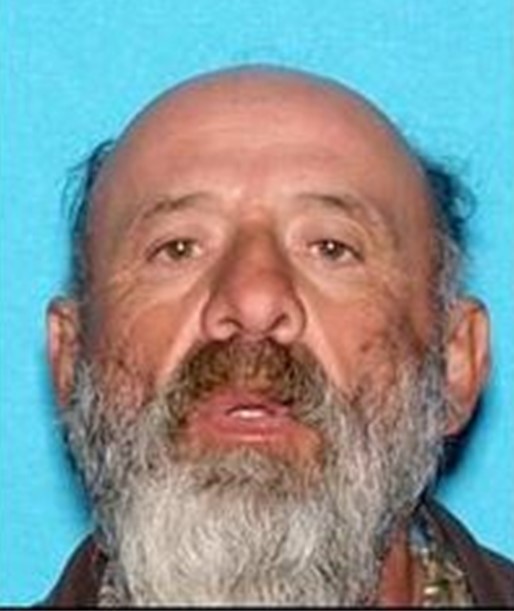 LANCASTER – A 57-year-old man, described by authorities as possibly homeless, went missing in the Antelope Valley last year and the sheriff’s department is seeking the public’s help to find him.

Martin Mitchel Sandoval was last seen in the Antelope Valley area around 11 a.m. on Sept. 1, 2019, according to a news release from the Sheriff’s Information Bureau.

He is described as Hispanic, 5 feet 9 inches tall, 163 pounds, with hazel eyes, a bald head and a “Mom” tattoo on his left hand. He was last wearing a red shirt, blue pants and tennis shoes.

“His family are very concerned for his well-being and asking for the public’s assistance in locating him,” the sheriff’s news release states.

Anyone with information about Sandoval’s whereabouts is encouraged to call the sheriff’s Missing Persons Unit at 323-890-5500. Those wishing to report anonymously can call 800-222-TIPS. 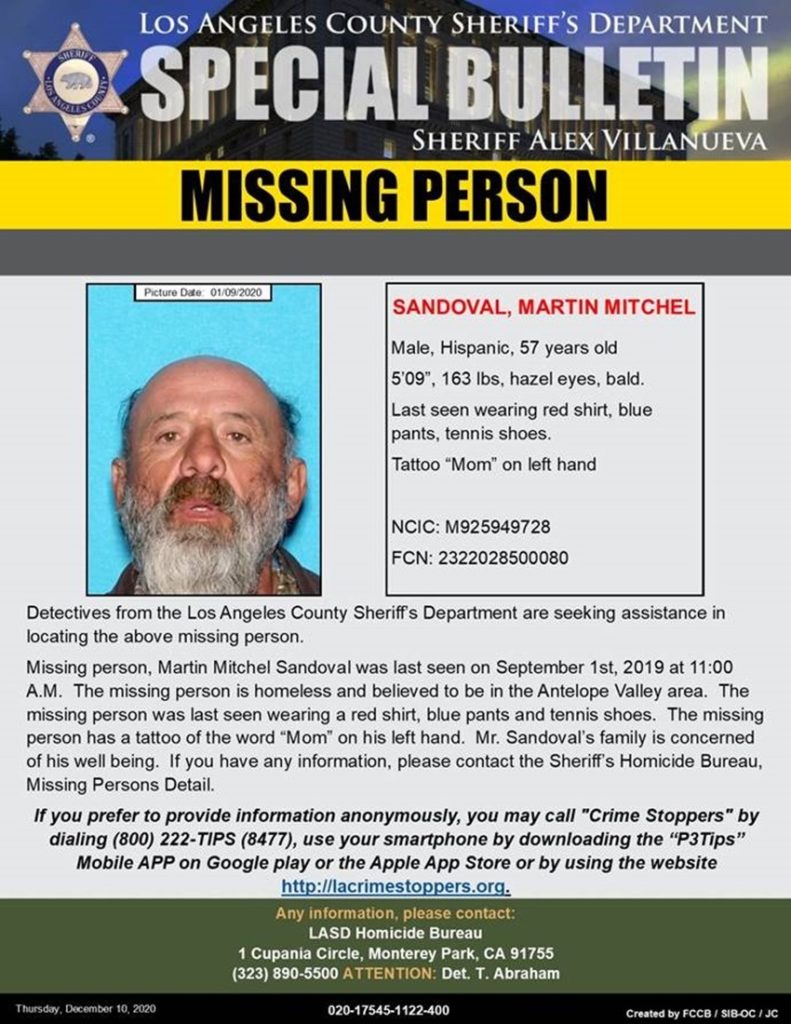