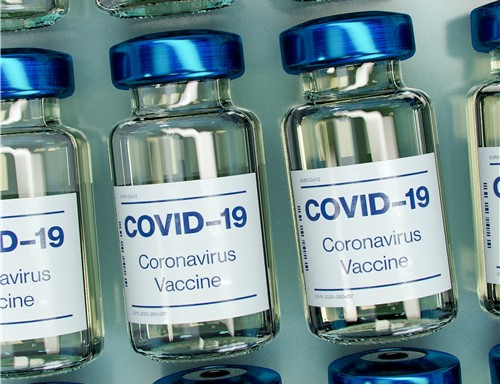 LOS ANGELES – As Los Angeles County public health officials prepare to receive roughly 84,000 doses of coronavirus vaccine next week for health care workers, the Board of Supervisors began a discussion of who would be given priority access to later rounds.

The county’s distribution plan follows guidelines from the U.S. Centers for Disease Control and Prevention. The first round of doses will go to health care workers in acute care facilities like hospitals. When more vaccine is shipped, residents and staff at skilled nursing, and then long-term care facilities, will be innoculated under phase 1a of the CDC plan.

Firefighters and sheriff’s deputies are not included in that first phase and various supervisors asked county Public Health Director Barbara Ferrer who would be next in line. Supervisor Sheila Kuehl said she’d like to see teachers granted priority access as more rounds of the vaccine roll out.

“Understanding that we will get shipments limited in numbers and that the federal government and the state will agree on the priorities … I think we have to be at least advocating that teachers are at least one of the populations that we would like to get into a higher tier,” Kuehl said.

Kuehl also pointed out that inmates being released from jail are often returning home to communities of color that have proven to be at higher risk for the coronavirus.

“I wanted to see if we could also ask, or explore, in one of those tiers as they open up, some attention being paid to inoculating inmates, not just as a favor to them, but as a way of reducing the spread in our communities,” Kuehl said.

Ferrer said phase 1b clearly grants access to essential workers, defined to include first responders, teachers, public transit workers and staff working in jails and prisons. She did not mention inmates, but made clear that other tough decisions had yet to be made.

“Here is where the definition of essential worker is going to be very important, in terms of, is that going to include … the grocery store clerk who right now still has to go to work,” Ferrer said.

People at higher health risk for the virus will be included in phase 1c, Ferrer said.

Supervisor Holly Mitchell wanted to make sure child care providers, both in-home and school-based, would be given priority and Ferrer assured her they would be in phase 1b.

The board passed a last-minute motion by Supervisor Hilda Solis calling for fairness in the distribution plan.

“Equity must be Los Angeles County’s north star in distribution of the COVID-19 vaccine,” Solis said in a statement issued after the meeting. “We have a responsibility to make sure it reaches the populations that have been most impacted — particularly communities of color.”

In her motion, she made clear that immigration status should not inhibit access to the potential life-saving shot.

“It goes without saying that all federal and state assistance must not be contingent on a person’s immigration status or the status of their family members or household. Denying any person assistance of any form during an unprecedented global pandemic is cruel, inhumane and contrary to the values on which this country was founded,” the motion read.

While others worried about the priority ranking of various communities or types of workers, Supervisor Janice Hahn pointed out that not everyone trusts or wants the vaccine.

“I was listening to a report where in New York City … the firefighters were like, ‘We’re not taking this,”‘ Hahn said. “I’m wondering, do we give each of these categories … so long before we then … move on and give those doses to people who want them?”

Ferrer seemed to indicate the county was prepared for that eventuality.

6 comments for "L.A. County begins to wrangle with who gets the vaccine first"