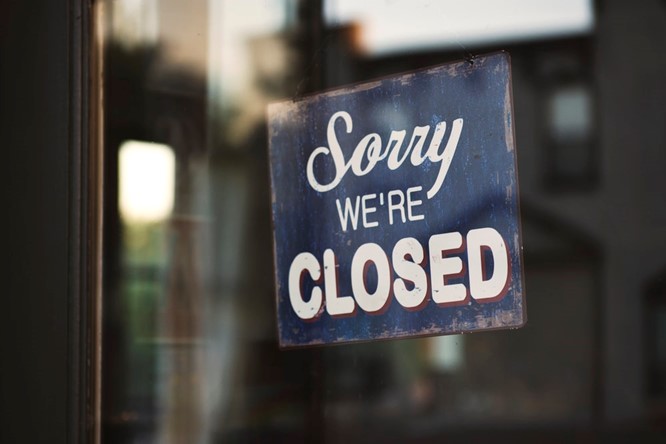 LOS ANGELES – In-person dining will be shut down Wednesday night for the next three weeks at Los Angeles County restaurants, with a divided Board of Supervisors Tuesday upholding the closure despite questions about whether eateries were being unduly punished for the recent surge in COVID-19 cases.

Meanwhile, more restrictions appear to be on tap for residents and businesses due to the surge. During the supervisors’ meeting, county Public Health Director Barbara Ferrer outlined plans for a “targeted Safer At Home” order that would prohibit all public and private gatherings of people not in the same household, with exceptions only for outdoor church services and constitutionally protected protests.

The proposed order, which met with no objections from the board, would allow other retail businesses to stay open but would further restrict capacity and continue to require the use of masks and social distancing. The plan would stop short of the complete lockdown imposed at the outset of the pandemic. Schools would also remain open for high-need students and under TK-2 school-specific waivers, as would beaches, parks and trails.

It was unclear when that order might take effect.

The board’s discussion of the ban on outdoor dining was contentious and emotional. Ferrer told the board, “Our data at this point in time … are the most alarming metrics that we’ve ever seen.” Ferrer said it would take two to three weeks to see the full impact of the latest surge in cases on hospital staff capacity, but said, “The risk at this point is that overwhelming the health care system is a real possibility.”

On Sunday, the county reached a 4,000 five-day daily average of cases, which was the previously announced threshold to cut off in-person dining at restaurants, wineries and breweries. As a result, the county announced Sunday afternoon that in-person dining would be prohibited beginning at 10 p.m. Wednesday, Nov. 25, continuing for three weeks. Restaurants will still be permitted to offer carryout and delivery service.

Although the Board of Supervisors signed off on the thresholds last week, Supervisors Kathryn Barger and Janice Hahn, who co-authored the motion calling for reconsideration of the dining ban, said they never expected to hit the target so quickly.

Hahn said she thought the county might be able to avoid this level of cases based on earlier restrictions, but was now concerned that the county was going too far. “I have never experienced the kind of pushback I am hearing,” Hahn said of the in-person dining ban. “The public doesn’t think that that recommendation is right, and they don’t think it’s going to work, and they are really losing faith and trust in the decisions that we’re making.”

Barger cited estimates by the Los Angeles Economic Development Corporation that approximately 700,000 food industry jobs could be lost, with 75% of those losses affecting workers earning $50,000 or less annually. “I feel this is arbitrary and punitive toward outdoor dining and restaurants,” Barger said.

Barger pushed back hard against the idea that science supported the need to shut down dining, saying that cases were higher in part because of residents rushing to be tested before the Thanksgiving holiday.

Ferrer did not directly refute that comment in the meeting, but noted Monday that the surge in cases is not just the result of increased testing. She said the county’s recent rise in the positive test rate shows the virus is spreading more rapidly. The county’s seven-day average daily positivity rate among those tested for the virus was 3.9% on Nov. 1, but it rose to 5.1% by Nov. 8 and stood at 7.1% as of Saturday.

“The actions we take today will show up in cases two weeks from now,” Ferrer told the board, saying she hoped new restrictions cause the number of cases to level out in two to three weeks.

“We can’t really keep waiting to take action, Ferrer said. “It’s not like without taking some additional steps we’re likely to see ourselves back to a more reasonable case number.”

Dr. Christina Ghaly, who runs the county hospital system, reiterated the concern about hospital capacity and clarified that it is not based on the number of actual beds.

“At this point, unless changes have been made in people’s behavior … to reduce transmission and unless steps continue to be made, then I do anticipate that we will use up those currently available beds,” Ghaly said. “The problem … is not physical beds… The challenge, as it has been throughout the pandemic, is with staffing.”

Hospitals can shift some staff, but have no ability to draw on other regions for medical personnel given the nationwide surge in cases, Ghaly explained.

Ferrer and Public Health Officer Dr. Muntu Davis acknowledged that contact tracing cannot definitively point to outdoor dining as the cause of the surge, but stressed it is the only retail activity that allows customers to be mask-less for long periods of time.

Supervisor Sheila Kuehl underlined the risk that poses to staff and other customers.

“It’s a bit of magical thinking on everyone’s part to think that at any restaurant anywhere that the server keeps a six foot distance from the table,” Kuehl said. “I sadly, but strongly, support moving our restaurants back to take-out and delivery.”

Hahn suggested that the county simply crack down on the 20% of restaurants failing to comply with health orders. But Ferrer pointed out that health inspectors can only make weekly visits to about 1% of the 31,000 restaurants countywide.

The severity of the surge in COVID-19 cases was made evident later Tuesday, when the county Department of Public Health announced 51 new coronavirus-related deaths. That’s the highest daily death total since Sept. 9. The new fatalities increased the countywide death toll to 7,497. The county reported another 3,692 confirmed coronavirus cases, raising the overall number of cases to 374,134.  View the latest detailed report by city and demographics here.

There were 1,575 people hospitalized due to coronavirus as of Tuesday, according to health officials. That’s up from 888 just two weeks ago.