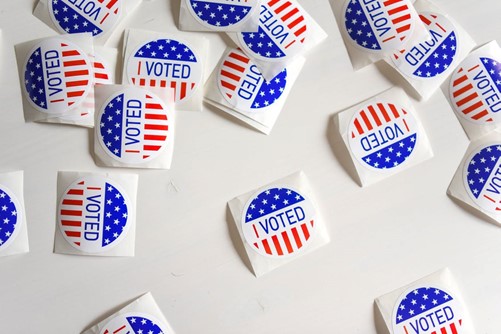 It appears Los Angeles County may be responsible for a slightly disproportionate percentage of early voting, according to a statewide ballot tracker.

As of Monday, 369,851 vote-by-mail ballots had been returned by county voters, according to RR/CC spokesman Michael Sanchez. The statewide tracker maintained by Political Data Inc. — which underreported numbers for Los Angeles County, possibly due to a lag in reporting — showed that the county represented 31% of the roughly 1 million ballots tracked across California. Los Angeles County includes roughly one-quarter of California’s registered voters.

As of 60 days before the election, more than 5.6 million voters were registered in Los Angeles County out of roughly 21.2 million registered voters across California, according to a report published by the secretary of state.

The statewide tracker indicates that while 7% of Democrats have already cast their ballots by mail, Republicans and independent voters don’t lag far behind, with 5% and 4% voting early, respectively.

More than one-third of the early ballots tracked by Political Data Inc. were submitted by voters 65 and older. White voters made up more than half of those who mailed their votes during the earliest days of the election season.

State and county officials have been pushing voters to vote early and use mail-in ballots as the safest way to do so.

“This expansion of vote-by-mail will maintain the resiliency of our democracy during the COVID-19 pandemic. There is no safer way for voters to vote  than from the comfort and safety of home,” Secretary of State Alex Padilla told voters as ballots were being mailed.

The three ways to vote in this year’s general election are by mail, in person or by using one of more than 400 drop boxes installed countywide to return a vote-by-mail ballot.

People can also be designated to drop off someone’s ballot, as long as that person is not on the voter’s payroll, by indicating that preference on their ballot envelope.

All registered voters in California have been issued mail-in ballots, which will be counted if postmarked by Nov. 3.

Registered voters in Los Angeles County will be able to cast their ballot in person starting Oct. 24 at any of the county’s voting centers.

Social distancing will be in place and masks must be worn while at the voting centers, although individuals wishing to vote and unwilling to wear a mask will be allowed to vote curbside, according to the RR/CC.

Additionally, voters can fill out sample ballots online and receive a QR code that can be scanned at the polls and speed up the process. Another online service will allow voters to check wait times at various vote centers.

The deadline to register to vote is Monday.

More information on the election, including the ability to check voter registration status and voting locations, is available at lavote.net.