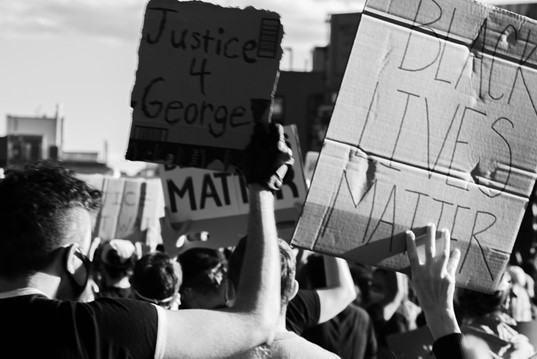 LOS ANGELES – Attorneys for demonstrators protesting the in-custody killing of George Floyd in May and June Friday announced a lawsuit against Los Angeles County and the sheriff’s department, alleging deputies subjected protesters to excessive force and civil rights violations.

The proposed class-action suit filed in Los Angeles federal court late Thursday mirrors a similar complaint brought in June on behalf of Black Lives Matter-LA, which alleged the mass detention of more than 2,600 demonstrators in downtown Los Angeles was a violation of their rights under the U.S. and California constitutions.

A Los Angeles County Sheriff’s Department spokeswoman said the department does not comment on pending litigation.

The lawsuit contends that on at least three occasions LASD deputies imposed arbitrary curfews, declared unlawful assemblies without ensuring that their order was heard, subjected peaceful protesters to excessive detention without access to bathrooms or medical care and used “indiscriminate and unreasonable force” against protesters, including batons and/or so-called rubber bullets.

“The consistent, frightening and forceful message that both the LAPD and the LASD have delivered to protesters in recent months is that the constitutional right to peaceably assemble as enshrined in the First Amendment will not stop the law enforcement agencies in Los Angeles County from unleashing rough, indiscriminate violence and dangerous, retaliatory abuses of the powers vested in them,” the suit alleges.

The lawsuit seeks to represent two classes of protesters whose rights of free speech and assembly were allegedly violated by the LASD — those who were arrested, and those that were allegedly subjected to the use of excessive force by the use of so-called “less-lethal” weapons, including batons, rubber bullets, pepper balls and tear gas “used indiscriminately against those engaged in peaceful protest.”

According to the suit, LASD acknowledged that the department’s “widespread involvement in the May/June protests resulted in deputies firing a sufficient amount of non-lethal ammunition to warrant a resupply to the Sheriff’s Department.”

The complaint also contends that LASD buses were used to detain protesters “under unconstitutional conditions.”

Demonstrators’ “wrists were bound in zip-tie restraints in a manner tight enough to leave lasting marks and injuries,” according to the filing. “LASD then transported protesters to far-away locations and released them in the middle of the night, while Sheriff (Alex) Villanueva’s own curfew was in effect. While they were detained on the buses, LASD did not provide protesters water or access to bathroom facilities, despite their repeated complaints.”