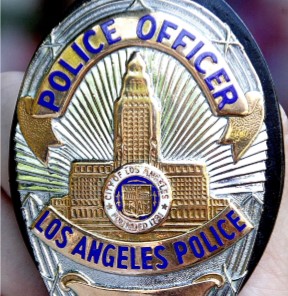 LOS ANGELES – DUI charges were filed this week against a Los Angeles police officer who was off-duty when he allegedly crashed his vehicle into an SUV in Palmdale two years ago, injuring two people.

Michael Anthony Keith, 35, was charged Thursday with driving under the influence of an alcoholic beverage causing injury and driving with a 0.08 percent blood-alcohol content causing injury.

The charges stem from a crash that happened April 26, 2018, on State Route 14 in Palmdale, according to the Los Angeles County District Attorney’s Office.

Keith was driving northbound on SR 14 when he allegedly veered off the road and struck a parked SUV with two people inside. The victims were taken to a nearby hospital and treated for their injuries, according to the District Attorney’s Office.

Keith could face up to nine years in state prison if convicted as charged. His current employment status was not immediately available.

The case remains under investigation by the California Highway Patrol.

UPDATE: Keith pleaded not guilty on Friday, July 24, to the two DUI charges. A preliminary hearing date is scheduled to be set on Oct. 15