LANCASTER – Authorities Friday released the names of two suspects wanted for the assault of an 80-year-old man in the bathroom of a Lancaster grocery store.

The assault occurred about 8:30 a.m. Wednesday, July 8, at the grocery store in the 1000 block of East Avenue J, near 10th Street, according to the Lancaster Sheriff’s Station.

Authorities have named 22-year-old Damaris Wade and 33-year-old Tamika White as suspects. They believe Wade assaulted and robbed the man, and White accompanied him to the store, according to the sheriff’s department.

The victim was taken to a hospital for facial injuries and several broken ribs, according to the sheriff’s department. Family members identified the victim as Roberto Flores Lopez.

Anyone with information about the suspects’ whereabouts is encouraged to call Lancaster Sheriff’s Station’s Detective Esswein at 661-948-8466. 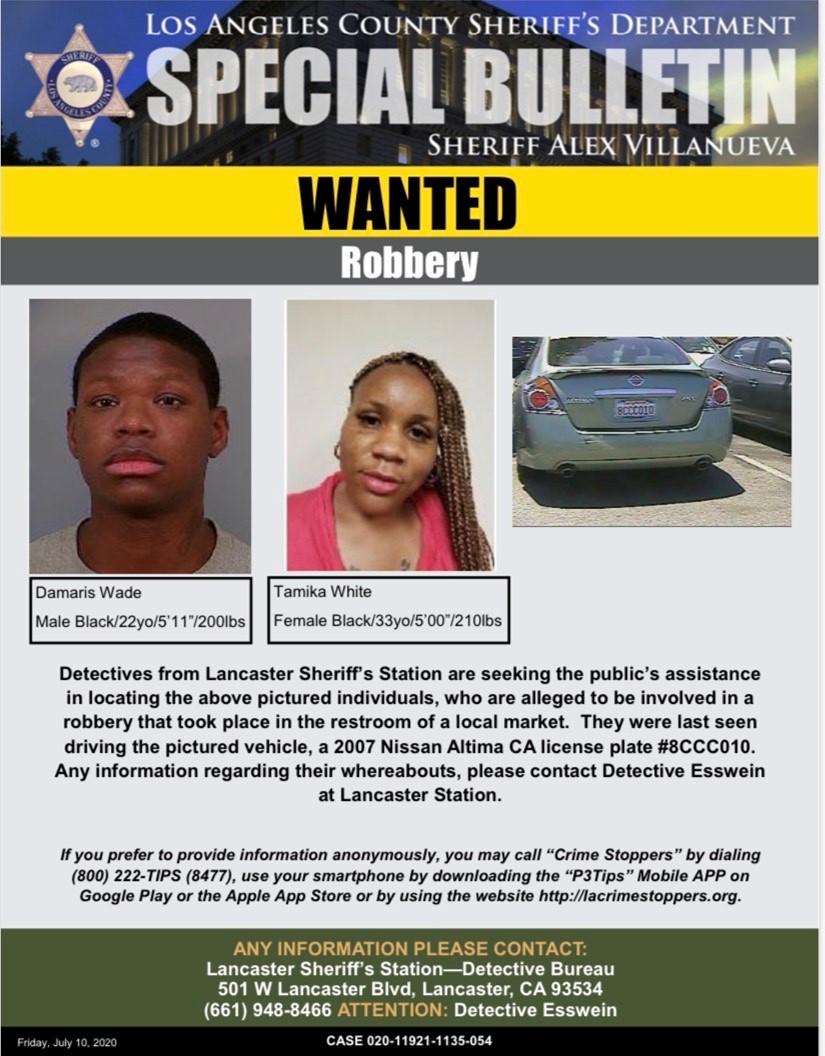