QUARTZ HILL – Authorities are continuing thir search for a 49- year-old woman with schizophrenia who went missing in the Quartz Hill area near Lancaster.

Reyes is Hispanic. She stands 5 feet, 6 inches tall and weighs about 211 pounds. She has brown eyes and long brown hair, according to Ortiz. She was wearing tan pajama pants, a blue-and-white striped shirt and purple sweater when she was last seen.

Anyone with information about her whereabouts is encouraged asked to call the sheriff’s Missing Persons Detail at 323-890-5500 or 911. Tipsters can also call Crime Stoppers at 800-222-TIPS.

UPDATE: Maria Del Rosario Reyes has been located, the sheriff’s department reported on May 12. No further details were released. 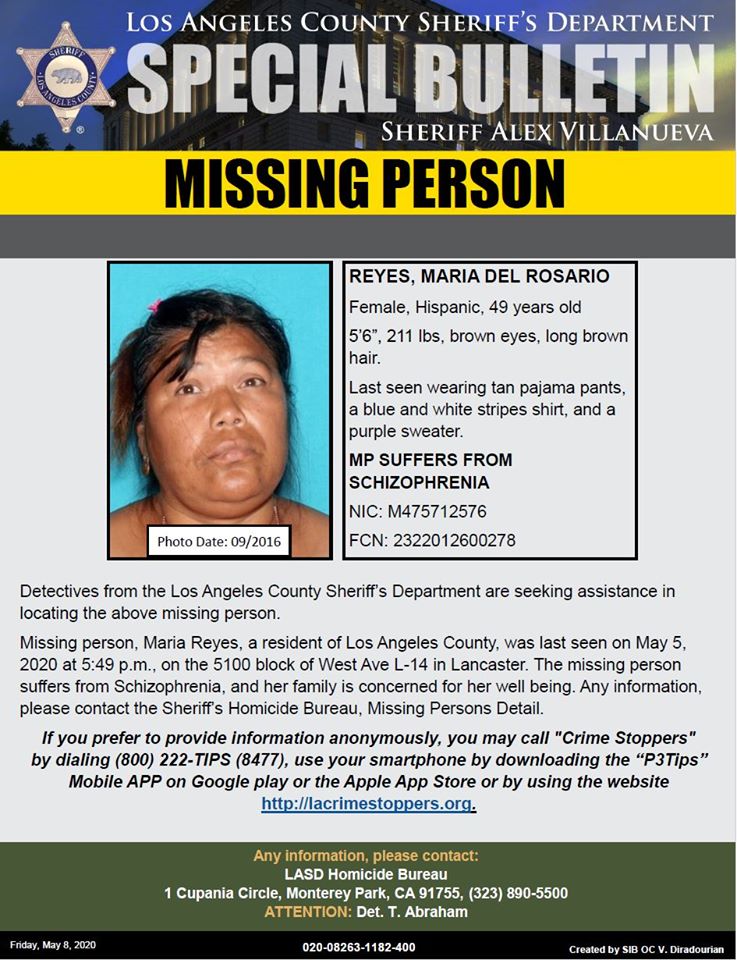