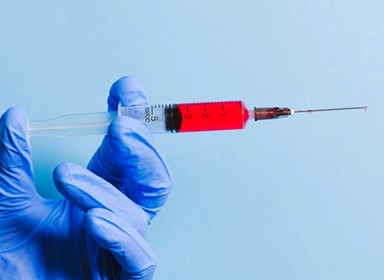 LOS ANGELES – Los Angeles County’s public health director Friday added her voice to those dispelling the suggestion that ingesting or injecting disinfectant cleaning products could potentially counter COVID-19, even though President Donald Trump insisted he was being “sarcastic” when he made the remark.

“Please, don’t inject, ingest or even put on your body any disinfectants that you’re using for cleaning purposes,” Barbara Ferrer, director of the county Department of Public Health, said Friday. “It’s completely inappropriate and it’s extraordinarily dangerous. That’s not what those products are meant for and there’s absolutely no scientific evidence that indicates that they would either be safe or that they could help prevent you from becoming infected. Or if you are infected, they’re not a therapeutic medicine to help you get better.”

Trump’s comments on Thursday suggesting that disinfectant injections could be used to fight the virus have drawn widespread condemnation. Some disinfectant companies issued statements Friday warning against such uses of their products, and even the U.S. Centers for Disease Control and Prevention posted a Twitter message warning that such use could cause health problems.

The White House initially contended Friday that Trump’s remarks had been taken out of context. The president later claimed he was “asking a question sarcastically to reporters like you just to see what would happen.”

Ferrer said that whether Trump was being sarcastic “doesn’t really matter.”

“The most important thing right now is that people have good information that they really shouldn’t use those products for anything except cleaning,” she said.

Ferrer also warned that many cleaning products are “harsh” and “extraordinarily dangerous,” particularly if they are mixed.

“We do want to make sure the public understands that information wasn’t accurate, and please don’t act on it,” she said.