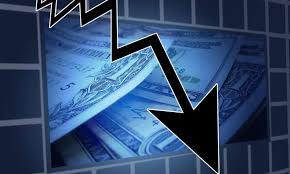 LOS ANGELES – Warning of possible service reductions on the horizon, Los Angeles County officials said Wednesday the county could see its sales tax revenue drop by about $2 billion by the end of the next fiscal year due to the coronavirus pandemic.

“Obviously, the assumptions for 2021 could vary based upon any changes to the public health orders to stay at home,” Hamai said.  “For the county, there’s potentially a loss in billions of dollars in sales tax revenue to fund vital public services.”

County Supervisor Kathryn Barger said she was “pleasantly surprised” that almost all county residents paid their property taxes when they were due earlier this month, but she said officials are still waiting for final results.

“From health care to social services, it is the counties that are providing the most critical care to our residents,” Barger said. “We know with the Safer at Home (orders), we are not getting sales tax, and we know there’s going to be a larger hit the longer we stay closed.”

The county implemented a hiring freeze once the pandemic orders were put in place in early March, and Barger said supervisors are asking departments to present budget plans with 10%, 15% or 20% cuts. County officials said there could be “a range of potential program reductions in the coming fiscal year.”

A “hard” hiring freeze for the county government was put in place until the Safer at Home orders are lifted.

County leaders across the United States held a conference call with the National Association of Counties on Wednesday to explain some of the financial challenges they are facing and may face due to the effects of the coronavirus pandemic.

The NACO called on the federal government to provide more assistance to counties through the Interim Emergency COVID-19 Relief Act, as the formula for funding would have allocated more money to major cities and the state government, according to a letter prepared by the group.

“Counties have already expended billions of dollars responding to this pandemic and will remain on the front lines as we prepare for difficult weeks and months ahead,” the letter stated. “We strongly urge Congress to allocate resources directly to counties, as most states mandate the implementation of public health and emergency response responsibilities to county governments.”

The letter asked leaders of Congress to modify their traditional use of the Department of Housing and Urban Development’s Community Development Block Grant formula to assist the counties, as it was not intended to allocate funds during a public health emergency.

According to the letter, Los Angeles County invests more than $35 billion in local services for more than 10 million residents, more than double the population of its major city.

Under the block grant formula, the county would receive $366 million compared to the almost $856 million for the city of Los Angeles, according to NACO.

The interim emergency funding is slated to give local governments $150 billion, but NACO would like Congress to allocate $250 billion to help fill in the funding gaps.

“Our ultimate goal is to establish a fair and equitable formula that would create a ‘win-win’ situation for all local governments,” the letter stated. “Unfortunately, the CDBG formula creates immense disparities and fails to take into consideration both the overall population served and the front line responsibilities of counties.”