LANCASTER – The man found dead outside a propane storage yard in Lancaster on Monday has been identified as 73-year-old Carlos Rodas, the Lancaster man with Alzheimer’s who went missing over the weekend.

Rodas was last seen around 8 a.m. on Saturday, Dec. 14, at his residence on the 44000 block of 15th Street West, according to detectives at the Los Angeles County Sheriff’s Department’s Missing Persons Unit, who sought the public’s assisting in locating Rodas.

“Mr. Rodas suffers from Alzheimer’s and seizures and requires regular medication. Mr. Rodas’ family members are concerned for his well-being,” detectives said in a news release this past weekend.

Overnight temperatures near freezing had been reported in that area.

Homicide detectives were dispatched to investigate after the body was found, but the man’s death was initially attributed to natural causes, a deputy said.

An examination into his cause of death is pending, according to the Los Angeles County Coroner’s Office. 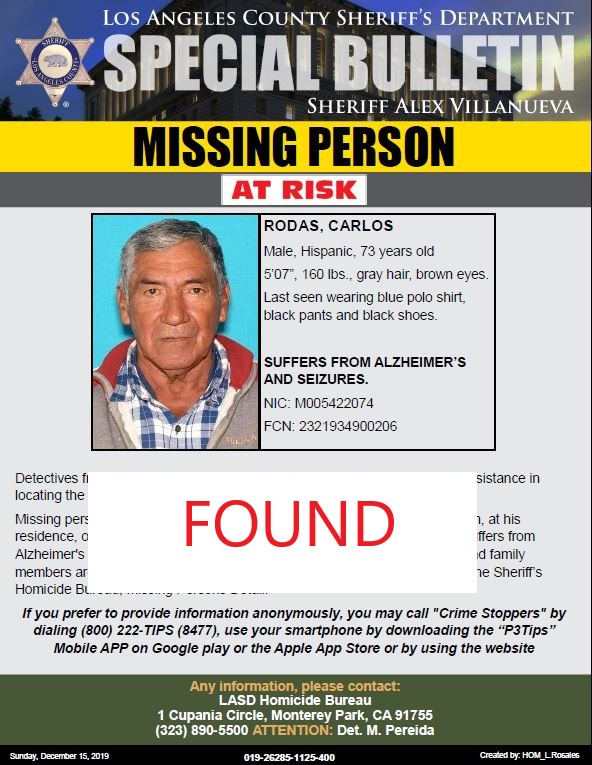