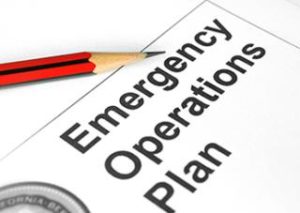 LOS ANGELES – The Los Angeles County Board of Supervisors voted Tuesday to update emergency operations to better prepare for disasters.

Supervisor Sheila Kuehl recommended updating the county’s emergency ordinance, which was last revised in 1993, spurred by recommendations in the “after action review” of the 2018 Woolsey Fire.

“We need to move quickly on these very well thought-out recommendations. The county’s after action report made it clear that we have to strengthen our emergency operations and preparedness,” Kuehl said. “This motion directs relevant county departments to quickly develop a plan, and fast tracks critically important recommendations. We have to do everything we can to protect against future loss of life and property.”

The emergency ordinance, which assigns responsibilities to various county authorities, was adopted in an era focused on civil defense, Kuehl said.

The goal of the new ordinance will be to ensure interagency collaboration and coordination, according to Kuehl’s motion, co-authored by Supervisor Kathryn Barger. [Read the motion here.]

“Adopting improvements based on lessons learned from last year’s Woolsey Fire is imperative to improving the county’s overall operations,” Barger said. “These collaborative efforts will undoubtedly serve to better inform our public with real-time information as they navigate emergency situations.”

The report dissecting the response to the Woolsey Fire noted that resources were stretched thin because of the neighboring Hill Fire and no help was available from Northern California given the focus there on the devastating Camp Fire.

Requests for mutual aid went unfilled. The report detailed how 285 engines were at the scene of the Hill Fire on the other side of the Ventura (101) Freeway, while only 7-26 engines were available on the Malibu coast on the morning the fire broke out.

Ultimately, 619 engines were deployed to the Woolsey fire, which burned nearly 100,000 acres, killed three people and destroyed more than 1,600 structures.

The county’s CEO and other key authorities will work with an outside consultant to prioritize recommendations in the Woolsey after action review, including a comprehensive communications plan, area-specific warning and evacuation plans, and a system for coordinating across jurisdictions.

The Woolsey report pointed to the immensity of the task.

“While the Woolsey Fire disaster presented unprecedented challenges, it was still a single, focused incident; it was not countywide. Imagine the challenges after a great earthquake or similar wide-ranging event,” the report stated.

The board directed staffers to draft a plan in 90 days.