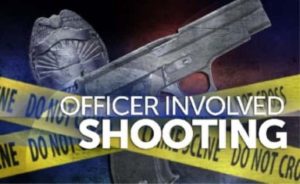 LANCASTER – The Coroner’s Office has released the name of a 62-year-old man who was armed with an ax and killed in a deputy-involved-shooting in Lancaster.

The man was identified as Ricardo Myers, according to the coroner’s office.

The shooting occurred about 7 a.m. Wednesday, Oct. 30, in the 3000 block of Kaylyn Street, where deputies were sent on a family disturbance call.

Once inside the residence, they were confronted by Myers, who was wielding an ax, and at least one deputy fired on him, sheriff’s officials said.

Myers was hit several times in the upper chest and died at the scene, Deputy James Nagao said.

A weapon was recovered at the scene, Nagao said.

The shooting is being investigated by sheriff’s Homicide and Internal Affairs bureaus and the Office of the Inspector General.