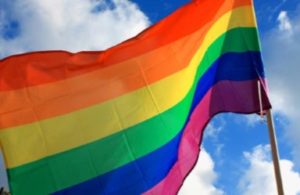 LOS ANGELES – In response to the suicide of an 19-year-old transgender foster youth, the Los Angeles County Board of Supervisors voted Tuesday to develop more training and programs to avoid family rejection of youth who identify as LGBTQ.

Supervisors Hilda Solis and Sheila Kuehl co-authored a motion that also called for county counsel to oversee an investigation by the Office of Child Protection into the suicide and identify any systemic issues.

“With Andrew’s passing, disparities in treatment will be corrected in recognition of how important these young people’s lives are to me, to their families and to this county as a whole.”

The man, who was in foster care as a transition-age youth, was identified only as Andrew M. and no other details were shared.

Recommendations on reporting on suicide developed by the National Alliance on Mental Illness, Annenberg Public Policy Center and Associated Press Managing Editors, among others, note that the risk of additional suicides increases when a story describes the suicide method or uses dramatic headlines or images.

LGBTQ youth in the county’s child welfare system — nearly 20% of the foster population — face a heightened risk of suicide attempts, substance use and rejection from family, according to a 2014 study by UCLA’s Williams Institute.

Authorities said Andrew’s death has reverberated throughout his community.

“It is very important to make sure that our (Department of Children and Family Services) staff truly understands the unique history and traumatic experiences of these young people so they can effectively and sensitively work to place LGBTQ+ foster youth in homes that will support them and allow them to thrive and feel safe,” Kuehl said.

“This is not a cookie-cutter population, and training is needed to find appropriate approaches.”

“We are relieved that the board has now put into motion tangible steps to address the disparities our youth in foster care experience. For too long, LGBTQ+ youth in the county’s foster care system have languished without adequate resources. For many, support comes too late,” said the center’s CEO Lorri L. Jean.

“This motion mandates that county departments heads take ownership of this issue and finally begin to address the systemic injustice our youth experience.”