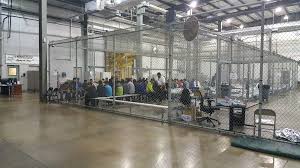 LOS ANGELES – The Los Angeles County Board of Supervisors voted Tuesday to instruct county employees not to talk to federal workers about vacant county properties that could be used as immigration detention centers.

Federal authorities reached out to the county on Aug. 1 looking for facilities to house detained children, according to Supervisor Hilda Solis.

“Our federal government should not be in the business of identifying property anywhere in this county, state or nation that could be used to forcibly keep children locked up in a facility that resembles a jail,” Solis said. “This administration seeks to increase the number of federal detention facilities for migrant youth while simultaneously attempting to strip protections that spare these children from the trauma caused by cruel and prolonged detention. These unconscionable policies must stop.”

Supervisor Sheila Kuehl co-authored the motion recommending a letter to Secretary of Health and Human Services Secretary Alex Azar documenting the board’s refusal to help identify any property that could be used to detain migrant children and their families.

“Among the many inhumane and devastating actions taken by the current federal administration, the policies that separate children from their parents, inflicting physical and psychological harm on whole families, is among the worst,” Kuehl said.

Solis and Kuehl accused the administration of trying to grow a private industry, saying an official for the U.S. Department of Health and Human Services put the cost of holding a child in detention at nearly $800 per day.

At least six immigrant children, ranging in age from 2 1/2 to 16, have died while in federal custody, including from a brain infection and a debilitating heart condition, according to the Los Angeles Times, and a 1-year-old girl died after being released from custody from a respiratory illness that her mother says she developed while in custody.

Cramped and dirty conditions reported at a detention center in the border town of Clint, Texas, prompted a federal appeals court judge to rule last month that children must be provided with basic supplies like toothbrushes, soap and sleeping mats.

The effort to find more detention facilities comes as the Trump administration announced plans to end a 1997 Flores settlement agreement that limits detention of immigrant children to 20 days. California and 18 other states, plus the District of Columbia, are fighting that plan in court.

The Board of Supervisors also directed county lawyers to join or file a friend of the court brief in opposition to terminating the Flores settlement.

Trump argued last month that doing away with the 20-day limit and building a wall would help deter immigrants and save lives.

Border Patrol agents apprehended more than 3 1/2 times as many families and more than 60% more unaccompanied children in the Rio Grande Valley from last October through May versus the same time period last year, according to a July report by the inspector general of the Department of Homeland Security. The OIG warned of severe overcrowding and a lack of adequate food or access to showers and clean clothes.

Authorities have resorted to tent encampments to alleviate crowded conditions.