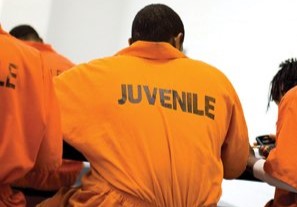 LOS ANGELES – The Los Angeles County Board of Supervisors voted unanimously Tuesday to explore moving responsibility for juvenile offenders out of the Probation Department.

Supervisors Mark Ridley-Thomas and Sheila Kuehl co-wrote the motion calling for a task force to consider charging another agency with overseeing young offenders, aiming to create a “rehabilitative, health-focused and care-first system.” [Read the motion here.]

The move signaled a view by some board members that the Probation Department cannot be sufficiently revamped to meet the county’s vision for more compassionate care.

“This board must ask itself if the structure of the Probation Department itself is limiting and even counterproductive in the pursuit of reform,” Ridley-Thomas said, calling the model at juvenile halls and camps “fundamentally flawed.”

“Punitive approaches have not been shown to make things any better, but rather to worsen them over time,” Kuehl said.

Supervisor Kathryn Barger said she recently visited Barry J. Nidorf Juvenile Hall in Sylmar and what she saw there was “appalling.”

Barger told her colleagues, “I would argue that they’re more broken coming out than going in … if we don’t do something … they’re going to end up being inmates in our jails.”

Another advocate said the halls are sterile environments that offer little hope to residents.

Roughly nine out of 10 probation youth suffer from mental health issues, and the county’s probation reform and implementation team recently recommended placing “these youth with an agency staffed with people who are subject matter experts in mental health diagnosis, assessment, education and treatment.”

Ridley-Thomas said it was time to make a change at the county level.

“Change isn’t necessarily easy, but the fact is that it’s necessary,” he said.

Supervisor Janice Hahn said she supports a “care first” model, but had hoped to find solutions other than a separation of adult and youth probationers.

“I keep feeling like we have not explored all the options for reform,” Hahn said.

Both Ridley-Thomas and Kuehl said their motion wasn’t directed at McDonald or Mitchell.

Kuehl said: “It’s not about people.”

Dozens of criminal justice advocates spoke out in support of the plan, saying the department was too focused on enforcement.

Kim McGill of the Youth Justice Coalition said that attitude is emphasized by probation officers wearing badges and uniforms that mimic law enforcement, “some armed with guns and all armed with pepper spray.”

The board voted in February to phase out the use of oleoresin capsicum spray at juvenile camps and halls by the end of the year. Juvenile justice advocates say the use of pepper spray is unwarranted and amounts to child abuse, while some probation officers say they need it as a tool to protect themselves against physically aggressive juvenile offenders.

In April, six probation officers were charged with assault and/or cruelty for the allegedly illegal use of pepper spray on five teenage girls at Los Padrinos Juvenile Hall in Downey.

McGill and others said a focus on education and youth development programs would make a difference in young people’s lives.

Lex Steppling of Dignity & Power Now said he had to drop out of high school because his parents were in jail.

Others complained that too much money is spent on staff salaries and benefits and not enough on programs and services for the youth in custody.

“It’s very insulting” to the probation officers who dedicate themselves to helping young people, probation officer Jonathan Byrd told the board, pushing back against an allegation that he and others were “just custody trained.”

Hans Liang of Local 685, American Federation of State, County and Municipal Employees, AFL-CIO, which represents probation officers, said the department had historically pushed for progressive changes to the system.

Hahn ultimately voted in favor of the motion, acknowledging that she didn’t have support for an alternative.

“I want to vote no, but I’m going to vote yes,” Hahn said, before making the vote unanimous.

The board directed the task force to look at legal or other issues that might stand in the way of moving the juvenile side of probation into another department and to recommend which department or agency, including a newly created group, would be best.