LANCASTER – A 13-year-old girl was shot and killed in Lancaster Tuesday afternoon and investigators are trying to locate her 18-year-old brother, who they suspect shot her.

The shooting was reported around 5:45 p.m. Tuesday. Aug. 13, in the bedroom of a home in the 1700 block of West Avenue J-15,” according to a news release from the Sheriff’s Information Bureau.

Anyone with information about the shooting or the whereabouts of Alvirez is encouraged to call sheriff’s Homicide Bureau Detectives F. Hardiman or M. Haggerty at 323-890-5500.

UPDATE: The deceased has been identified as Marlena Virginia Alvirez, 13, of Lancaster, according to the Los Angeles County Coroner’s Office. 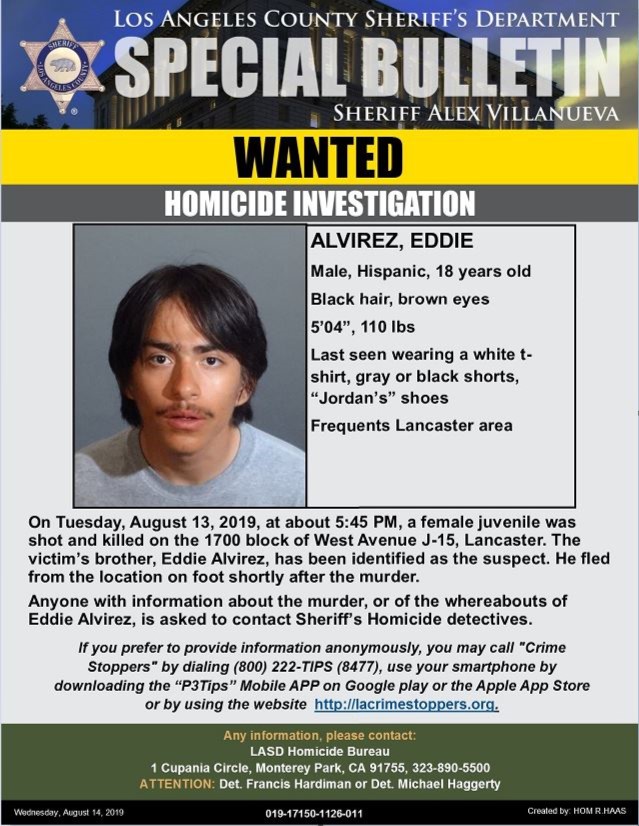