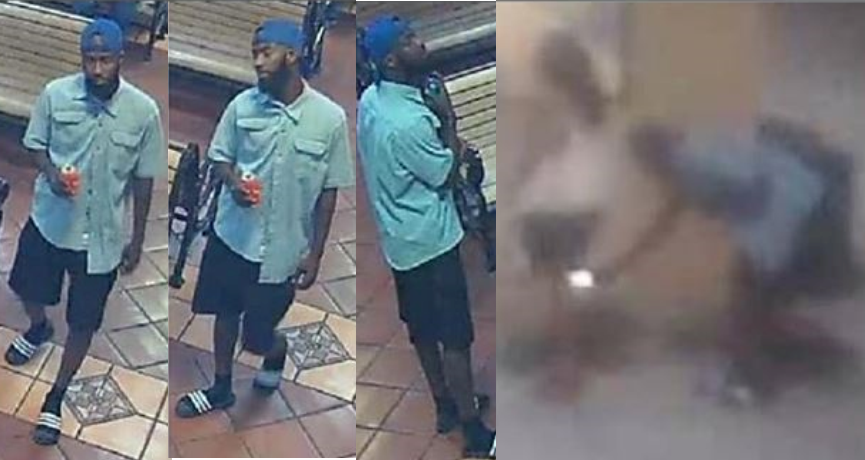 PALMDALE – Authorities are seeking the public’s help to identify and locate a man suspected of taking photos under a woman’s skirt at the Palmdale Metrolink station.

Investigators released security images of the suspect in the July 31 incident at the station at 39000 Clock Tower Plaza Drive East.

“At approximately 5 a.m., the suspect was captured on video surveillance secretly taking pictures under the skirt of a victim as she waited for a train. Investigators are seeking the public’s assistance in identifying the suspect and are seeking additional victims,” a sheriff’s statement said.

The suspect is described as a black male, in his 30s, with a beard. He was wearing a blue baseball cap, a light blue shirt and black shorts at the time of the incident.

Anyone with information on this case is encouraged to call Detective Nisenoff at 661-272-2465. 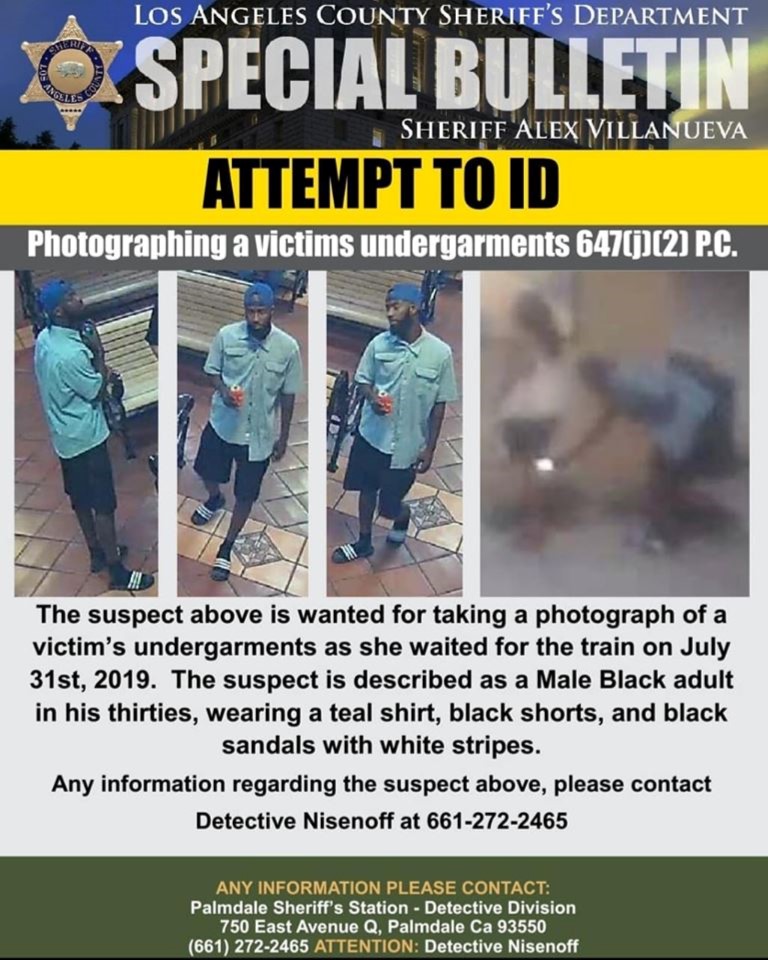