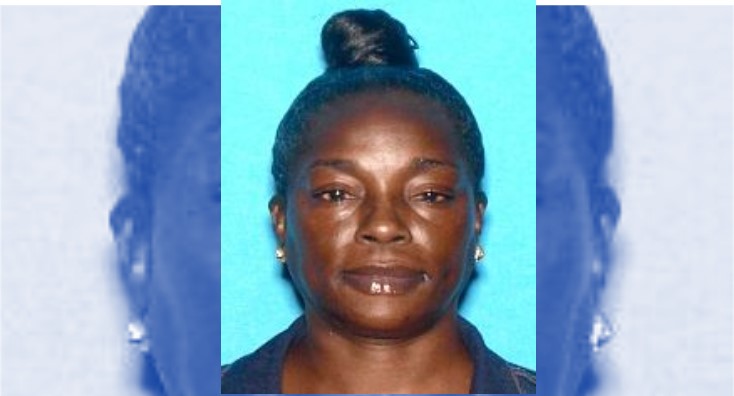 LANCASTER – The sheriff’s department is seeking the public’s help in locating a missing 49-year-old woman who was last seen in May at her home in Lancaster.

The family of Aurelia Jean Brown hasn’t heard from her since she was last seen on May 1 at her residence in 2000 block of El Domingo Circle, according to the Los Angeles County Sheriff’s Department.

Anyone with information regarding Brown’s whereabouts is urged to call the Sheriff’s Department’s Missing Persons Unit at 323-890-5500, or Crime Stoppers at 800-222-TIPS.

UPDATE: Aurelia Jean Brown has been located, authorities announced on Aug. 6. No details were released about when and where she was located and where she has been since she went missing. 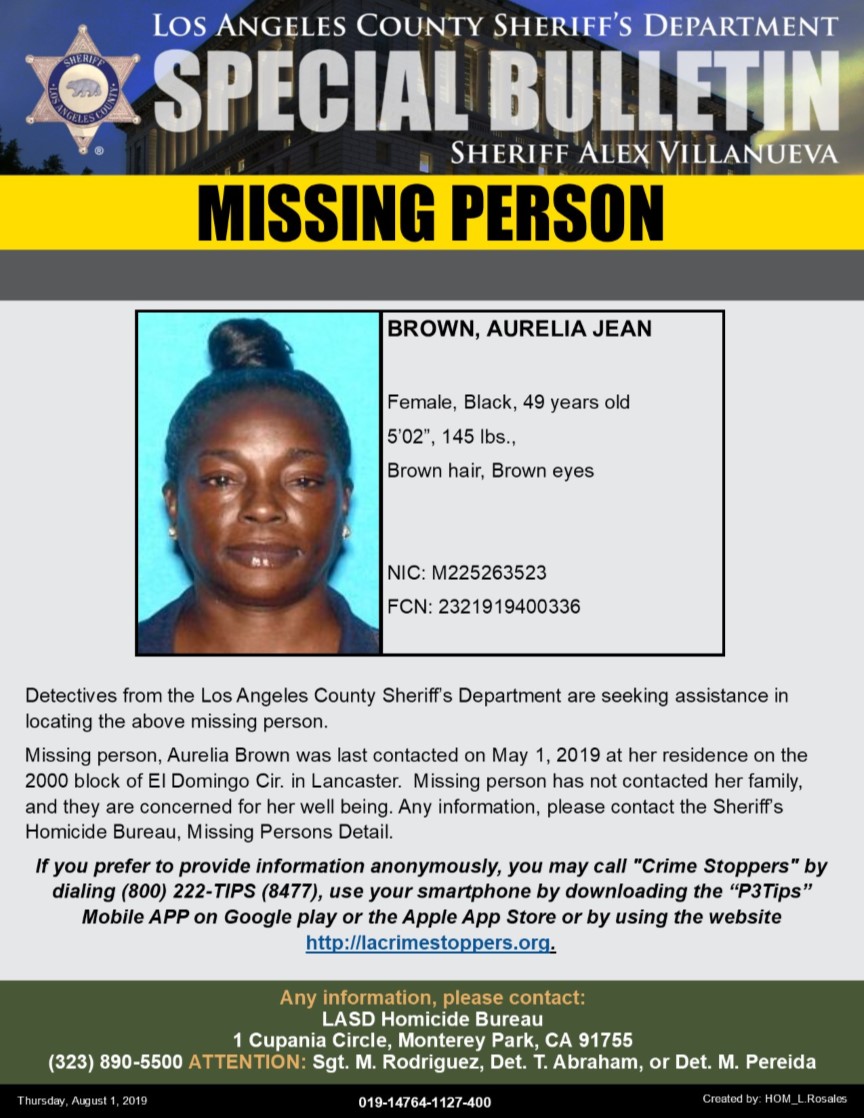 1 comment for "Detectives seek tips about Lancaster woman missing since May [update: located]"