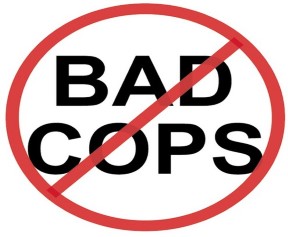 LOS ANGELES – Deputies found to have assaulted their wives and driven under the influence at more than 100 miles per hour are among those who remain employed by the Los Angeles County Sheriff’s Department, according to a report discussed with the Board of Supervisors Tuesday.

Inspector General Max Huntsman mentioned the report almost in passing as he faulted the department, led by Sheriff Alex Villanueva, of stonewalling his agency’s requests for information.

“After the department received a draft of a report on the cutting in half of newly opened internal affairs cases, we were point blank refused a list of open internal investigations,” Huntsman told the board.

The final OIG report, released Monday, found that during the first five months of this year, the department has initiated fewer disciplinary investigations by far than for any similar period over the last 10 years.

Attachments to the report detail the specifics behind various investigations and show that the department imposed lighter consequences than originally warned for 20 employees, not all of whom are deputies, during March, April and May.

In November, before Villanueva was sworn in as the new sheriff, the department served an unidentified deputy with a letter of intent to discharge him for threatening his wife, assaulting her in front of their child, and choking his wife to the point of unconsciousness and then lying to investigators about the assault, according to the report.

The District Attorney’s Office reviewed the case but declined to file charges.

The deputy had been previously disciplined in four other cases and suspended for a total of 23 days, including for unreasonable force against an inmate.

In March, after a “Skelly” hearing allowing the deputy to respond to the accusations, the department agreed to remove the violations related to lying and child endangerment, but maintained two family violence violations and the deputy was suspended for 25 days rather than terminated. If he is arrested for family violence anytime within the next three years, he can be fired without appeal.

Many of the other disciplinary cases relate to less egregious behavior, such as bringing in food from an inmate’s family and not checking it for contraband, using a county vehicle for unofficial purposes, or failing to report the use of minor force.

However, in another case, a deputy was served with a letter of intent to discharge after being arrested for driving at more than 100 miles per hour while under the influence of alcohol. The deputy, who had been previously disciplined three times and suspended for a total of 32 days, was criminally convicted of misdemeanor DUI. After his Skelly hearing, he was suspended for 30 days rather than terminated, with an agreement that he would be randomly tested for alcohol and could be discharged without appeal if he violated department policy in an incident involving alcohol.

During this same March-May time period, at least seven employees were terminated. They include:

— a security officer accused of fraternizing with a gang member;

— a deputy who was convicted in Nevada of felony domestic violence and sentenced to 30 months in prison;

— a deputy accused of failing to properly investigate a crime, falsifying records and lying to an internal affairs investigator.

— a civilian employee accused of using methamphetamine while off-duty and associating with an inmate;

— a deputy accused of lying to his supervisor about a traffic collision; and

— a deputy accused of driving an all-terrain vehicle while under the influence of alcohol who had previously been suspended for a total of 40 days for other violations.