LANCASTER – Sheriff’s detectives are continuing their search for a 64-year-old man suffering from schizophrenia and bipolar disorder who went missing in Lancaster.

Robert “Bobby” McMurray was last seen July 1 in the 400 block of East Lancaster Boulevard, according to Deputy Martin Crowder of the Los Angeles County Sheriff’s Department.

“Mr. McMurray’s suffers from schizophrenia and is bipolar and his family is concerned for his well-being and asking for the public’s assistance in locating him,” according to a news release from the Sheriff’s Information Bureau.

McMurray is black, 5-feet-5 inches tall and weighs about 165 pounds, with brown eyes, gray hair and a mustache, Crowder said. 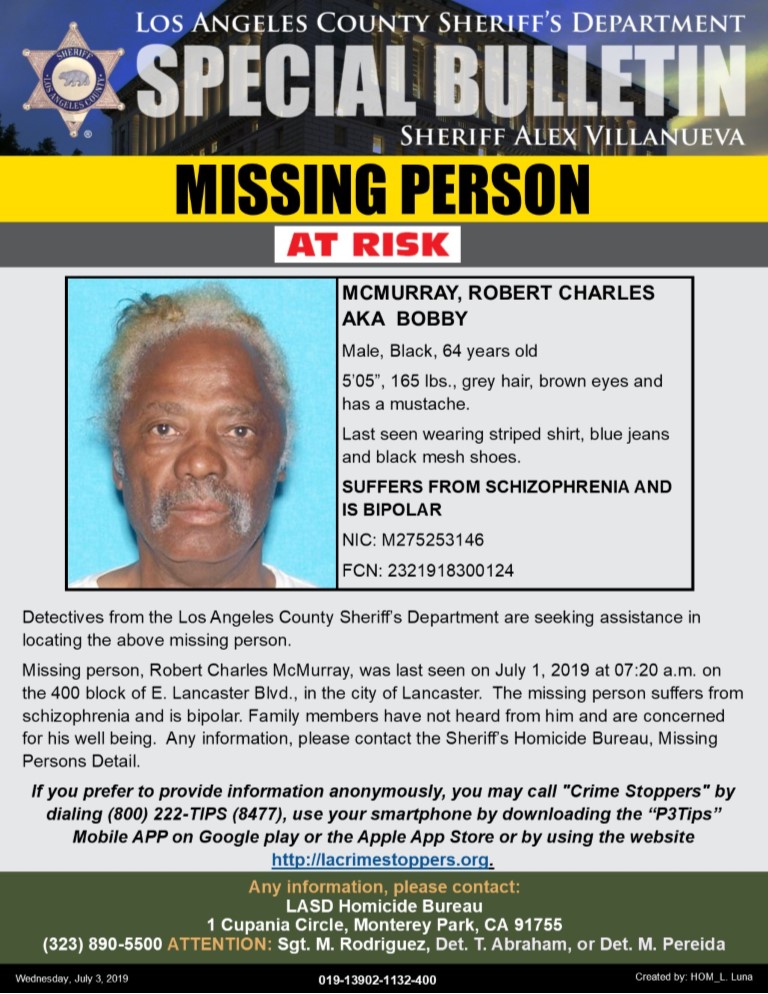