PALMDALE – Authorities are asking for the public’s help in identifying and locating two brothers suspected of getting into a violent altercation with a clerk at a convenience store in Palmdale.

The incident occurred around 2:10 a.m. on March 1 at the 7-Eleven located at 2873 E. Avenue R. A man walked into the store and wanted to buy alcohol, but became upset and began yelling at the cashier and spit on him because the alcohol was locked up, according to the Los Angeles County Sheriff’s Department. State law prohibits selling alcohol between 2 a.m. and 6 a.m.

The suspect left the store in an unknown direction and moments later the second suspect walked into the business and started yelling about the cashier not selling beer to his brother, then began kicking store displays and knocking items to the floor, authorities said.

The second suspect then grabbed items off the counter and began throwing them at the cashier, hitting him at least once in the shoulder, authorities said.

The cashier tried to stop the second suspect from further destroying the store and was struck in the head with a metal basket, then grabbed by the collar and repeatedly punched in the head by the man, authorities said.

The second suspect left the store on a red mini pocket bike in an unknown direction. 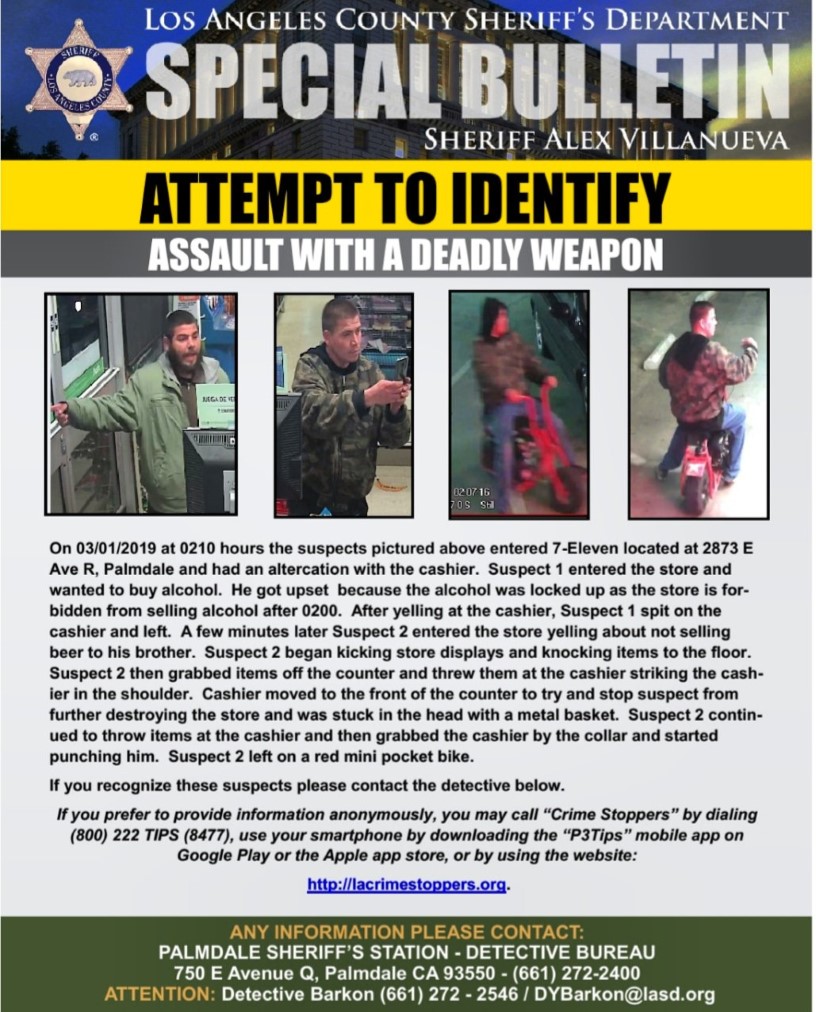