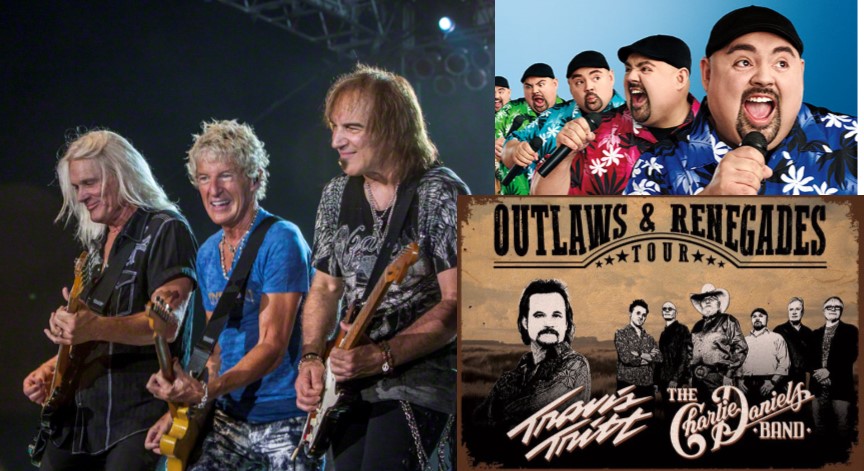 Themed “Sweet Delights and Carnival Lights,” the Fair will take place Aug. 16 to Aug. 25,  at the Antelope Valley Fair and Event Center, located at 2551 West Avenue H in Lancaster.

“The 81st A.V. Fair and Alfalfa Festival promises to once again delight both the new and the seasoned fairgoer,” stated A.V. Fair and Events Center Board President Drew Mercy. “Thanks to the tremendous generosity of our sponsors, community partners and hundreds of volunteers, this year’s event is shaping up to be one for the record books.”

Headlining the 10-day fair on Saturday, Aug. 17, is REO Speedwagon, a rock and roll band known for hits like, “Can’t Fight This Feeling”,”Keep on Loving You”, and “Take It on the Run.”

Bringing laughs to the Miller Lite arena on Monday, Aug. 19, will be stand-up comedian Gabriel Iglesias on his “Beyond the Fluffy” world tour. Back by popular demand, Iglesias is returning to the A.V. Fair with his storytelling, parodies, characters, and sound effects that bring his stories to life.

On Tuesday, Aug. 20, the Outlaws and Renegades Tour takes the stage, with country legends Travis Tritt and Charlie Daniels. Southern rock chart topper Travis Tritt is known for hits that include “Country Club”, “It’s A Great Day to be Alive”, “TROUBLE”, and “I’m Gonna Be Somebody.” CMA Award-winning Charlie Daniels is known for hits like “The South’s Gonna Do It Again”, “The Devil Went Down to Georgia”, and “Long Haired Country Boy.”

Concert tickets go on sale April 1 at 10 a.m. at www.avfair.com. Fans are encouraged to purchase tickets early, as there is limited concert seating for Gold Circle, Trackside and Standing Room tickets.The second concert series announcement will be revealed in the next few weeks.

“Directors and staff have been hard at work planning several new fan experiences, including the amazing concerts announced and more concert announcements to be revealed shortly,” Mercy added. “Fair foodies will be thrilled with new tasty Fair food, thrill seekers will appreciate one of the Fair circuits best carnival experiences, and new this year will be an interactive STEM exhibit sponsored by the Los Angeles County Air Show, Inc. team.”

Complete ticket information and Fair details are available at avfair.com.

[Information via news release from the AV Fair and Event Center.]