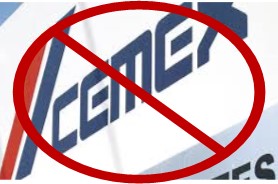 Local leaders have been fighting the mining company CEMEX since it was granted rights about 20 years ago to mine up to 56 million tons of sand and gravel at the site, although the company’s operation never got off the ground as it was tied up in the courts.

However, a ruling this week by the Interior Board of Land Appeals (IBLA) upheld an early 2015 decision which will end the company’s contract when it expires in 2020.

“The CEMEX mine has been an issue for our community for decades,” Hill said. “I am so proud that we were able to get IBLA to issue an early decision and finally give our city the answers they deserve.”

“For nearly two decades, Santa Clarita has worked tirelessly to prevent CEMEX from mining on federal land next to this historic city. I’ve been a strong supporter of the city’s efforts and I’m extremely pleased that their battle is coming to a successful conclusion,” Feinstein said.

Fenstein added that wording was inserted into a federal spending bill last year that would withdraw the land from mining if CEMEX lost its appeal.

“Now that CEMEX’s appeal has been adjudicated, Santa Clarita will finally have the certainty it needs that no future mining will occur,” Feinstein said. “The environmental effects of CEMEX’s mining plan would have been terrible. More than 1,000 truck trips each day on already-crowded local roads. The mining of 56 million tons of sand and gravel from Soledad Canyon. The harm to air quality and wildlife in the area would have been tremendous.”

CEMEX did not immediately respond to a request to comment on the ruling.

“I applaud the work of U.S. Senator Dianne Feinstein, former Congressman Steve Knight and Santa Clarita city leaders and staff for successfully navigating one of the most important battles for the environmental future of the Santa Clarita Valley — no question,” he said. “Persistent community pressure and legislative action helped pave the way to IBLA’s decision. The impact of the CEMEX mine would have been disastrous.”